The report by the 11-member panel suggests ways to cut consumption of unhealthy food products. 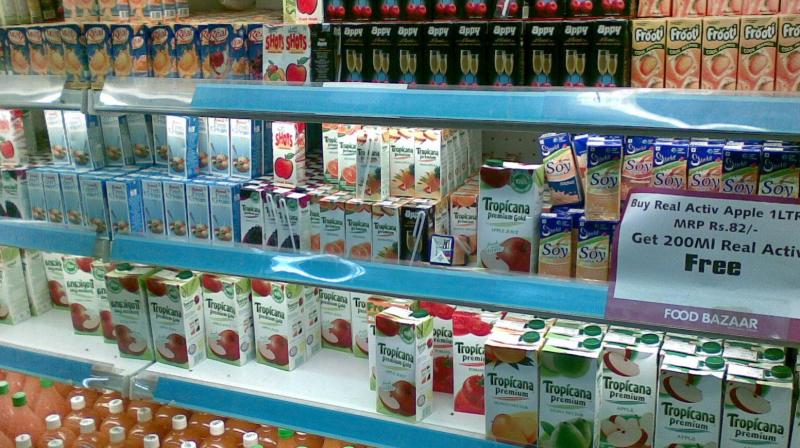 New Delhi: An expert panel set up by food regulator FSSAI has recommended additional tax on highly processed food items and sugar-laced beverages as well as a ban on advertising of junk foods on children's channels or during kids' shows on TV.

The report by the 11-member panel on 'Consumption of Fat, Sugar and Salt (FSS) and its health effects on Indian population' suggests ways to cut consumption of unhealthy food products and reduce rising burden of chronic diseases like cancer and diabetes.

The FSSAI had constituted the panel consisting of experts from different fields like medicine, nutrition and dietetics from well-known medical research and academic institutions.

"The report recommended having balanced diet which should provide around 60-70 per cent of total calories from carbohydrate, 10-12 per cent from protein and 20-30 per cent from fat," the FSSAI said.

This report will serve as a guideline document for all the stakeholders, including the industry, the FSSAI and consumers, in reducing consumption of fat, sugar and salt through processed food products.

According to the panel, imposition of excise tax on unhealthy eating products would lead to positive health effects among population. The nutrition-related programmes of the government can be supported through profit from taxing unhealthy food products.

As for the advertisements, the committee said, "Advertisement ban for foods high in FSS during children TV shows or kids TV channels is urged. In fact, we should progress towards a total ban law as being done in a few other countries like Chile."

It further said the celebrity endorsements of such foods need to be discouraged, adding that online social media websites should also comply with advertising ban for unhealthy foods.

The panel also pitched for reliable monitoring systems to examine FSS intake periodically at the national level. It felt that the industry should be encouraged for "voluntary reformulation" of food products to cut down FSS intake in packaged food items.

The panel is of the view that informations like total calories, amount of carbohydrates, sugar, fat, protein, sodium, dietary fibre, amount of trans-fat added in food should be mandatory for labelling in food products.

"In India, the rising burden of mortality and morbidity due to chronic diseases such as cardiovascular, respiratory diseases, diabetes and cancers is alarming. In the next 25 years, the burden of chronic diseases will tend to increase continuously as a ramification of the rapidly transitioning food intakes, changing dietary patterns and other lifestyle factors," the report noted.

The Food Safety and Standards Act, 2006, does not define the term "junk food", the panel observed. On nutrient-specific recommendations, the panel said fats should be largely consumed in the unsaturated form.

That the consumption of unsaturated fatty acids, especially the long chain mono- and poly unsaturated-fatty acids, should be encouraged in everyday diets was among the recommendations.

"A total of 10 per cent of total energy is allowed as added sugars in our daily diet. Simple sugars and refined carbohydrates should be reduced. These come largely from sugar sweetened beverages and processed snacks with high added sugar content," the report said.