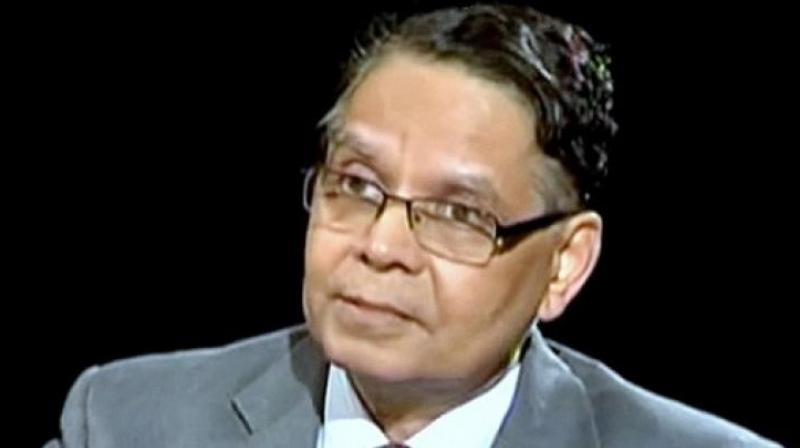 New Delhi: Outgoing Niti Aayog Vice Chairman Arvind Panagariya has said that writing off some debt of Air India, so as to make it attractive to prospective investors, could be a "wise" move.

Following a suggestion by Niti Aayog, the government is endeavouring to privatise the state-owned carrier and a committee has been set up under Finance Minister Arun Jaitley to carry forward the process.

"I don't know whether you need to write off debt to find a buyer, I don't know the market. Transaction advisers are competent on that," Panagariya told PTI in an interview.

"I am just saying that it's probably wise to write off part of the debt before this happen (privatisation of Air India)," he added.

On whether there is need for a asset stripping before sale of national carrier, he said, "No, why would you do asset stripping. It's a well running, well functioning Airline."

Panagariya, who will leave Niti Aayog this month-end to return to academia in the US, further said that there are details which need to be sorted out by the transaction advisers.

As regard the real estate of the Air India, Panagariya said: "Real estate part is a separate issue... We made some recommendations and all but not to the level of that details to keep this and sell this."

"The rates of interest on aircraft/ working capital loans are linked to the respective bank's prime lending rates/base rate/libor plus margins prevalent at the time when these loans are taken," Sinha had said.

The previous UPA regime had extended a bailout package worth a little over Rs 30,000 crore to the national carrier for 10 years starting from 2012.

"Air India is facing financial pressure and earning less profit due to high debt burden as an offshoot of past accumulated losses. The debt servicing is at around Rs 6,000 crore per annum," the minister had said.

As per the figures, the number of contractual staff rose to 2,636 as on April 1, 2017 compared to 1,740 at the same period a year ago. The Union Cabinet on June 28 gave in-principle approval for the disinvestment of debt-laden Air India.

The Jaitley- headed group of ministers is finalising the modalities and held its first meeting last month. IndiGo, the country's largest airline with a domestic market share of a little over 41 per cent, is keen on snapping up the international operations of Air India as well as its profitable low-cost arm Air India Express.

As an alternative, the budget carrier is "equally interested" in buying out all the operations of Air India and Air India Express, according to the letter sent by IndiGo President Aditya Ghosh to the civil aviation ministry.