The cess hike has dampened company’s plans of expanding its market and making models locally in India. 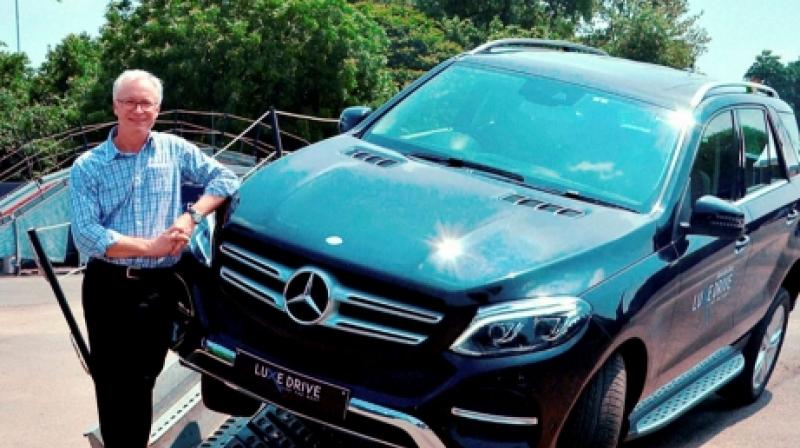 Mumbai: The recent hike in cess on luxury cars, over and above the 28 per cent GST levy, seems to have dampened the expansion plans of luxury car brand Mercedes India Pvt Limited.

In an interview with Livemint, Michael Folger, the managing director and CEO of Mercedes India Pvt Limited said that the cess hike has bummed out the company’s plans of expanding its market and making models locally in India.

When asked if it gets difficult for the brand to do business in the country as it is often tagged as being “pro-rich”, Folger said that Mercedes has been able to offer products for the middle-class as well. He bitterly added: “Let us not forget we are only that expensive because of taxation”.

On August 7, the GST Council approved a proposal to hike cess on luxury cars to 25 per cent, from 15 per cent. This development came after weeks of luxury car brands rejoicing the fact that car prices would be reduced post GST rollout.

Mercedes Benz had earlier decided to slash prices of its vehicles produced in India by up to Rs 7 lakh to pass on GST benefits to customers. “It was communicated for weeks —and then suddenly a turnaround,” rued Folger.

Folger argued if the government just allowed luxury cars to attract 28 per cent GST and cut out the cess, it would mean more taxes for them as the brand would double its income. “If we double our volume, you do not need a calculator to understand that we will be paying more taxes overall,” he said.

Moreover, Folger said that various government plans like diesel ban, demonetisation, GST have been obstacles in the path of market expansion. “Whenever there was a small little scope of a volume growth, somebody came up with a bright idea and killed the segment again,” he said.