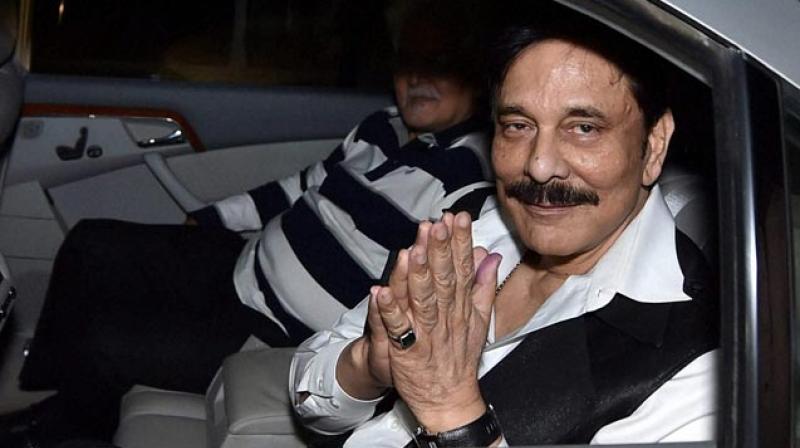 Mumbai: The Supreme Court on Thursday turned down a petition filed by Subrata Roy's Sahara Group that on Wednesday had sought from the apex court a stay on auction of Rs 39,000 crore Aamby Valley city near Pune.

With the ruling from the country's highest court of law, the auction process for the Aamy Valley, a plump property situated near Pune, will go on. Earlier, the top most court had warned Subrata Roy that the Valley would be auctioned if Sahara failed to deposit Rs 542 crore with it.

Sahara had argued in the plea that it was expecting some 'positive' development on refund of money to market regulator Securities and Exchange Board of India. The court had earlier censured Sahara chief for non-compliance of court directives and also for not fulfilling certain conditions. SC had asked him to deposit Rs 5,000 crore at a hearing.

The SC in July this year had instructed liquidator of the Bombay High Court to kickstart process of selling Sahara's Aamby Valley property that has been estimated at Rs 39,000 crore. At the same time, Sahara was also asked by the apex court to deposit Rs 1,500 crore with market regulator Sebi by September 7.

Termed as Sahara's flagship project, Aamby Valley sprawls over an area of 8,900 acres. Luxury resorts and an airport form part of the plump property. In April this year, the SC had ordered its sale. Roy was arrested in March 2014 after two of his group's companies collapsed causing investors monetary losses. He was later released on bail and also on parole.