Business   Companies  10 Sep 2017  Airtel to take on Jio: In talks with handset cos for Rs 2,500 4G smartphone
Business, Companies

Airtel to take on Jio: In talks with handset cos for Rs 2,500 4G smartphone 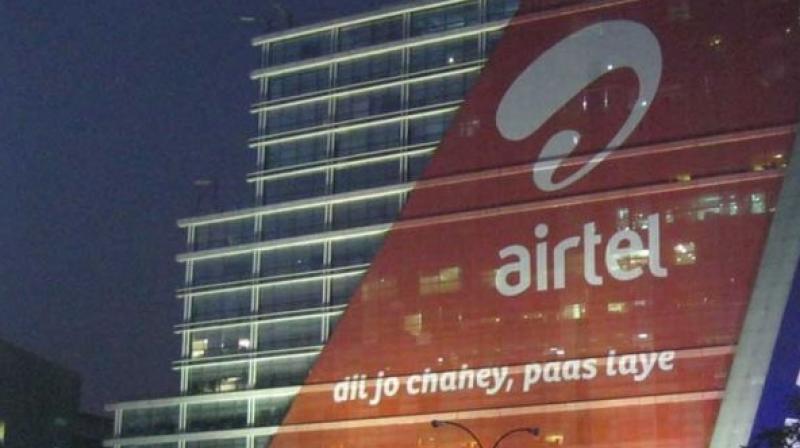 Bharti Airtel is in talks with multiple handset makers to bring a 4G smartphone for a price as low as Rs 2,500-2,700 to take on Reliance Jio.

New Delhi: India's largest telecom operator Bharti Airtel in talks with multiple handset makers to bring a 4G smartphone for a price as low as Rs 2,500-2,700 to take on Reliance Jio.

While Mukesh Ambani-led Jio has announced plans to offer Internet-enabled feature phone for a refundable deposit of Rs 1,500, Airtel is placing its bet on a full-fledged smartphone as it believes people would be ready to shell out a little more to get a loaded handset.

A source familiar with the development said the new 4G smartphone - that will debut around Diwali - will come bundled with Airtel's 4G connection and "attractive" data and voice plan to woo mass market customers.

The planned dual SIM 4G smartphone will sport a four inch display, dual camera, VoLTE calling and a longer battery life. The Android handset will come with 1 GB RAM, said the source who wished not to be named.

He, however, did not say when the phones would be available for booking.

Reliance Jio had, in July, announced that formal bookings for Jio Phone would open on August 24, while the phone itself is expected to be available from September.

According to industry estimates, six million bookings have been recorded for JioPhone, that offers free voice calls and SMS for life. Unlimited data offering comes for Rs 153 per month.

While the details such as the name of the handset makers that Airtel is negotiating with and the exact offers on anvil are still under the wraps, it is learnt that the Sunil Mittal company will co-promote the 4G smartphone with the manufacturers.

Besides this, Airtel also plans to offer its retail distribution muscle to take the device to the masses. "The company is talking to various handset manufacturers to bring a Rs 2,500 to Rs 2,700 Android-based 4G smartphone to the market around Diwali," the source said.

Airtel declined to comment on a detailed email questionnaire sent by PTI. "As a policy, we do not comment on market speculation," the Airtel spokesperson said.

The company's strategy to counter Jio offering is based on its belief that the Indian telecom consumer is looking for a large screen smartphone experience at an affordable price.

Reliance Jio, which started accepting pre-bookings on August 24, was forced to suspend the process after a whopping over 6 million JioPhone units were pre-ordered in a matter of just three days.

The delivery of the JioPhone is expected to start during Navratri festival starting September 21, according to a channel partner of Reliance Retail.