Ma will continue as executive chairman of the company over the next 12 months to ensure a smooth transition. 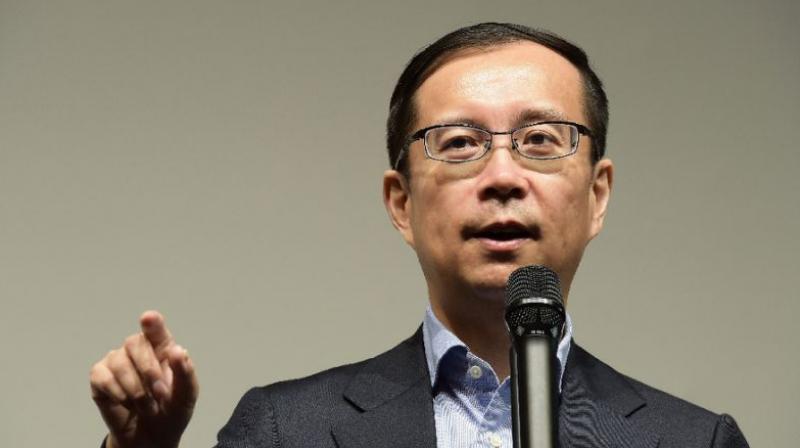 CEO Daniel Zhang will succeed Jack Ma as chairman of the board of Alibaba Group. (Photo: AFP)

"...One year from today, September 10, 2019, CEO Daniel Zhang will succeed Jack Ma as chairman of the board of Alibaba Group," the group said in a statement.

Ma will continue as executive chairman of the company over the next 12 months to ensure a smooth transition.

He will complete his current term as a member of Alibaba Group's board of directors until its annual general meeting of shareholders in 2020, the statement said. Ma, a former English teacher had co-founded Alibaba in 1999 as an e-commerce marketplace.

Alibaba has now grown to be among the largest global tech giants with operations in cloud and digital payments as well. It has also invested in a number of companies, including Indian digital payments firm, Paytm.

In a letter to shareholders and employees, Ma said he had put a lot of thought and preparation into the succession plan for 10 years.

"This transition demonstrates that Alibaba has stepped up to the next level of corporate governance from a company that relies on individuals, to one built on systems of organisational excellence and a culture of talent development," Ma, who turns 54 today, said.

He emphasised that no company can rely solely on its founders and that the company believed the only way to solve the problem of corporate leadership succession was "to develop a system of governance based on a unique culture and mechanisms for developing consistent talent and successors".

Talking about his own plans, Ma said he wanted to return to education.

"Those who know me know that I do not like to sit idle. I plan on continuing my role as the founding partner in the Alibaba Partnership and contribute to the work of the partnership. I also want to return to education, which excites me with so much blessing because this is what I love to do," he said.

Ma, who had stepped down as CEO in 2013, is China's third richest person with a net worth of USD 36.6 billion (as per reports citing Forbes magazine). He is a lifetime partner in the Alibaba Partnership and is a member of its partnership committee.

The Alibaba Partnership is currently comprised of 36 partners, who are also members of senior management of Alibaba Group or its affiliates, the statement said.

Pursuant to the articles of association of Alibaba Group, the Alibaba Partnership has the right to nominate a majority of the directors to the board of the company, it added.