Efforts being made to boost exports: Minister

We are trying to provide whatever support you, as exporters, need from the government, MoS Hardeep Singh Puri said. 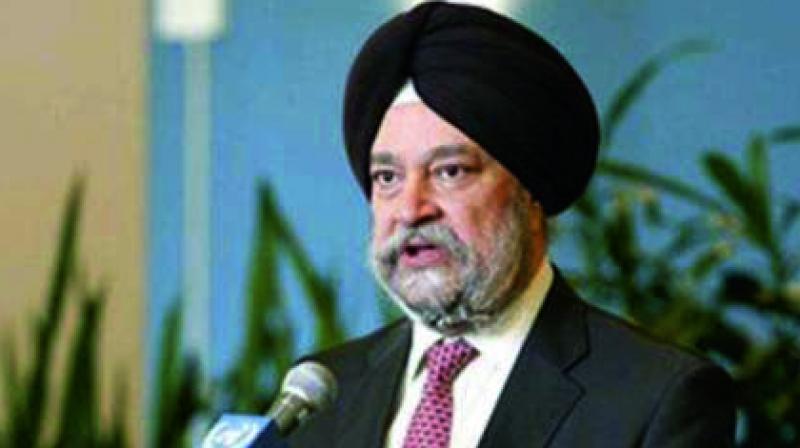 Efforts are also being undertaken to increase our exports to emerging markets of Africa, Latin America through PTAs/FTAs (preferential/free trade agreements)," the Minister of State for Commerce Hardeep Singh Puri said. (Photo: File)

New Delhi: The government is aware of the problems faced by exporters and efforts are being taken to boost exports, including to emerging markets through preferential and free trade agreements, Union Minister Hardeep Singh Puri said on Tuesday.

Addressing an event organised by Engineering Export Promotion Council (EEPC), the minister said he had a meeting with member exporters from EEPC India in August, based on which a short and medium-term strategy for enhancing engineering shipments has been formulated.

"Efforts are also being undertaken to increase our exports to emerging markets of Africa, Latin America through PTAs/FTAs (preferential/free trade agreements)," the Minister of State for Commerce said.

In essence, we are trying to provide whatever support you, as exporters, need from the government, Puri said.

Based on feedback from EEPC India, non tariff barriers for engineering sector have been identified, including the list of countries where test reports of the Central Power Research Institute are not accepted, he noted.

Outlining the measures taken by the government to enhance exports, the minister said a fully electronic refund module for quick and automated ITC (income tax credit) online refund system is now in place, and the remission of duties for taxes on export products (RoDTEP) scheme, which will replace the Merchandise Exports from India Scheme (MEIS), has already been announced.

We are framing a new scheme known as NIRVIK to provide higher insurance coverage to banks on their export credit to Export Credit Guarantee Corporation (ECGC), Puri said.

He also observed that action is being initiated to establish accredited labs to International Organisation of Legal Metrology either through Petroleum and Explosives Safety Organisation (PESO) or any other certifying agency for facilitating export of measuring equipments.