Validity of Dhan Dhana Dhan that comes after debacle of Summer Surprise will be for three months. 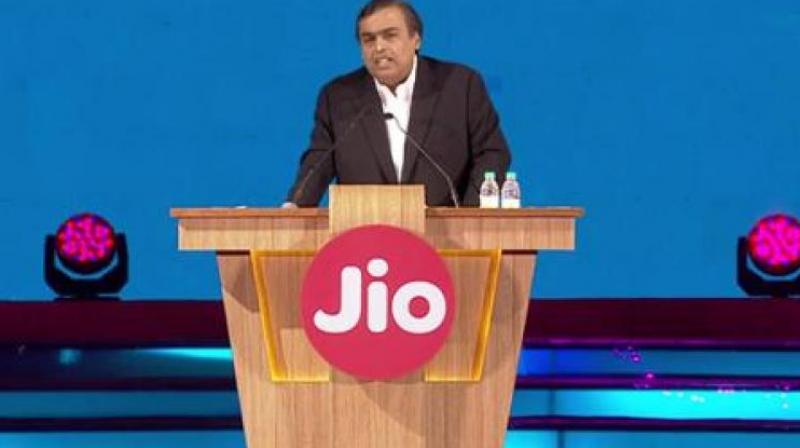 Under Summer Surprise, an offer within Reliance Jio's paid service Jio Prime, customers were supposed to get a three months complimentary offer for Rs 303, a plan that TRAI said was against regulatory framework of telecom sector. 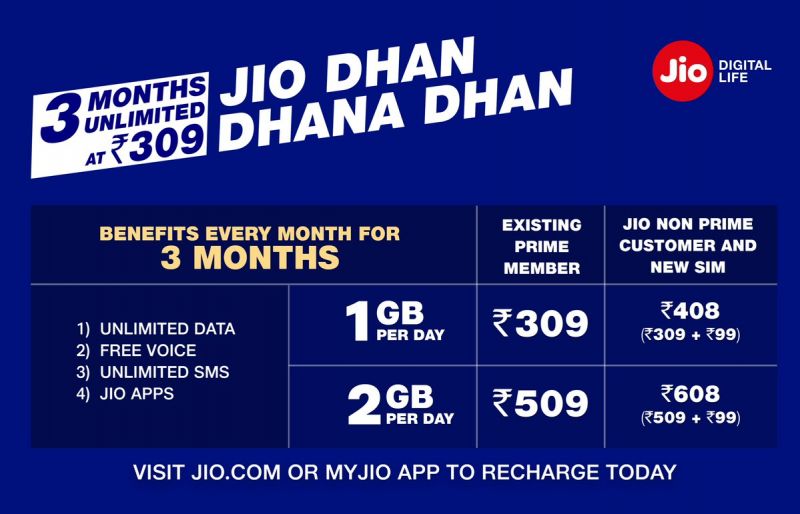 Jio has changed its earlier monthly recharge of Rs 303 under Summer Surprise to Rs 309 under Dhan Dhana Dhan and also changed the validity period from one month to three months.

Reliance Jio's non-Prime or new subscribers can avail benefits of Dhan Dhana Dhan offer by paying Rs 408 that included the annual sign up fee of Rs 99 plus recharge value of Rs 309.

In another plan of Dhan Dhana Dhan offer, Reliance Jio will offer 2 GB 4G data everyday for existing Jio Prime users for Rs 509. The plan will come into effect on April 15, last date for signing up for paid service Jio Prime.

Interestingly, Reliance Jio has alleged in the past that the incumbents did not give Jio enough Points of Interconnection, that barred Jio users from making outgoing calls to non-home networks.