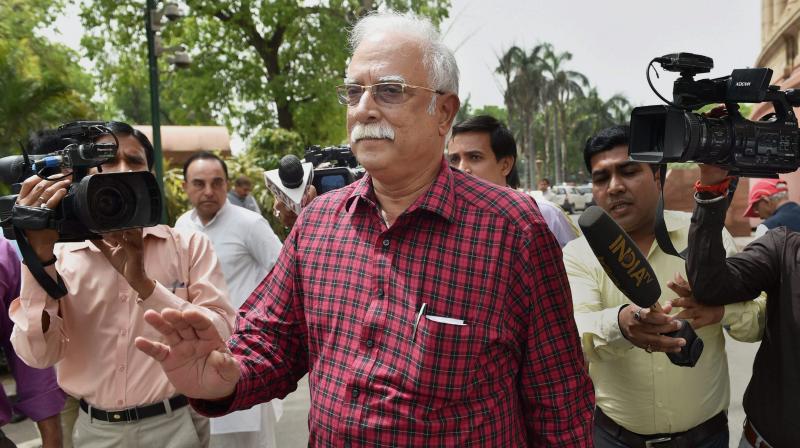 New Delhi: The government has set up an inter-ministerial committee to monitor the regional air connectivity scheme UDAN which seeks to make flying affordable by connecting unserved and under-served airports.

Besides, the panel would be responsible for coordination among stakeholders, including state governments, for "time bound" implementation of the scheme. The Civil Aviation Ministry has already awarded 128 routes connecting 70 airports to five airlines, including SpiceJet and an Air India subsidiary, under the scheme UDAN (Ude Desh Ka Aam Naagrik).

Chaired by Civil Aviation Secretary, the 'Inter- Ministerial Monitoring-cum-Coordination Committee' would have representations from the ministries of finance, defence, home as well as petroleum and natural gas, as per a notification.

Airports Authority of India (AAI) Chairman, representatives from the Directorate General of Civil Aviation (DGCA), BCAS (Bureau of Civil Aviation Security) apart from officials of airlines and states concerned would also be part of the panel.

If required, the panel's chairperson can co-opt any officer or expert, according to  the notification issued by the Civil Aviation Ministry. The committee would be responsible for "overall monitoring of the schemes of promotion of regional connectivity by way of revival of unserved and under-served airports/airstrips and RCS-UDAN", it added.

In the flights operated under RCS, around 50 per cent of the seats would have a fare cap Rs 2,500 per seat/hour. Apart from various incentives, the operators of such flights would be extended viability gap funding — for which money is partly raised through a levy of up to Rs 8,500 on flights operating in major routes like Delhi and Mumbai.

The viability gap funding would be in place for three years for the airlines concerned from the date of starting operations in a particular UDAN route. Other benefits include zero airport charges for the operators and three-year exclusivity on the routes.