The price of spectrum swelled multi-fold unexpectedly at the end of the auctions and both the PSUs. 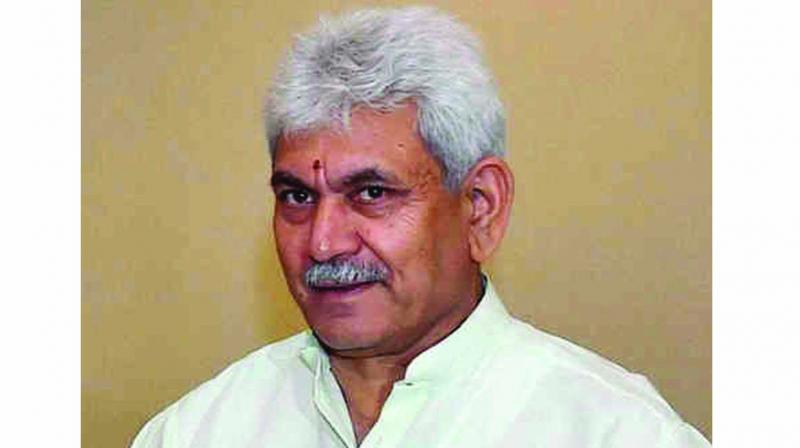 New Delhi: Refuting Congress' allegations of harming the interests of BSNL and MTNL, Telecom Minister Manoj Sinha Wednesday said the two public sector companies have been suffering due to decisions taken under the UPA regime.

"Congress must do its homework before making false and baseless allegations against our economic policies. Both the PSUs have been suffering due to decisions taken under UPA regime. They were forced pay huge amount of money for spectrum," Sinha told PTI.

Both BSNL and MTNL were asked to match the 3G and BWA spectrum price determined in auctions that were held in 2010 across all circles where they operate.

The price of spectrum swelled multi-fold unexpectedly at the end of the auctions and both the PSUs had to shell out money for pan-India spectrum while other players had the option to choose service area for 3G and Broadband Wireless Access (BWA) spectrum.

Congress' chief spokesperson Randeep Surjewala accused Modi of conspiring to close down public-sector telecom firms by not allowing them adequate finances to come out of the red.

He alleged that BSNL's board has accepted three back-breaking suggestions that will destroy the future of 54,000 families -- of reducing retirement age from 60 to 58 years, voluntary retirement scheme (VRS) and blocking allocation of 4G spectrum.

Both BSNL and MTNL have sought additional spectrum for 4G services.

The government has sought the view of the Telecom Regulatory Authority of India (TRAI) on quantum, spectrum allocation method and price. BSNL has started providing 4G services in parts of the country.

The Prime Minister's Office last week asked the Department of Telecom (DoT) to expedite proposals on revival of the PSUs.

Sinha said the DoT has sought opinion of the Attorney General before taking any action.

"We are actively working to resolve all the issues for sustainable revival of BSNL and MTNL," Sinha added.

While the PSUs have requested that VRS be granted to employees, BSNL Chairman and Managing Director Anupam Shrivastava had denied considering reduction of retirement age or laying off employees.

Congress had alleged that on April 6, 2019, the licence of state-owned MTNL shall be cancelled if it does not pay a whopping Rs 11,000 crore to renew its licence via TRAI and the services of its 7.7 lakh broadband users may get jeopardised.