For the full year to March, the airline reported a 32 per cent jump in profit at Rs 566.7 crore. 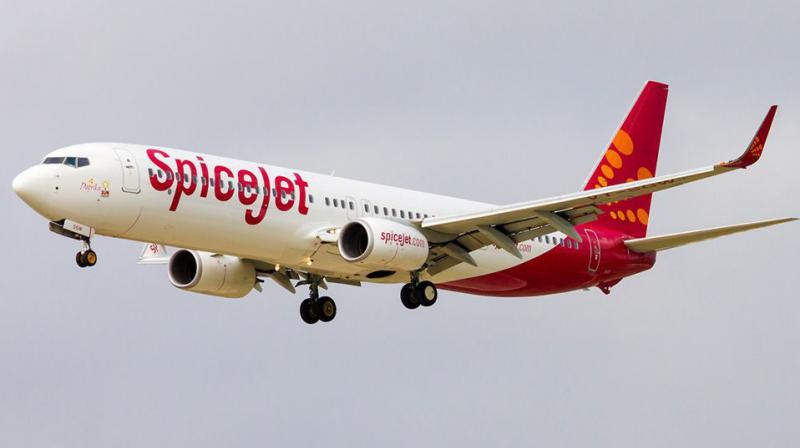 A record 95.4 per cent load factor boosted Spicejet's profit by 11 per cent at Rs 46.1 crore for the three months to March.

Mumbai: A record 95.4 per cent load factor boosted Spicejet's profit by 11 per cent at Rs 46.1 crore for the three months to March, making it the 13th consecutive profitable quarter for the second largest no-frills carrier.

For the full year to March, the airline reported a 32 per cent jump in profit at Rs 566.7 crore, which is the highest-ever annual profit in its history and the third profitable full year in a row for the 13-year-old carrier.

In FY17 it had reported Rs 430.7 crore net income while in the year before it was a low Rs 41.6 crore, the Ajay Singh-run airline said in a statement, adding for the full year, its revenue clipped past 26 per cent to Rs 7,795.1 crore.

For the reporting quarter, its net sales clipped past 25 per cent to Rs 2,029.3 crore as its load factor jumped to a record 95.4 per cent, helping improve the passenger yields or revenue per seat kilometers by 9 per cent. For the full year, the seat factor stood at 94.7 per cent-making it the 35th months of over 90 per cent load factor in a row.

Commenting on the performance of the quarter which is traditionally a lean season for the industry and for the full year, airline chairman and managing director Ajay Singh said, "despite rising fuel prices, which rose 12.7 per cent, we could remain profitable with record profit and the highest annual profit in our history."

Singh attributed the profit numbers to the continued focus on adding capacitates on existing routes and also identifying new destinations with pent-up demand. Going forward, he said induction of the fuel efficient B737 Max planes in the coming months will help the airline improve profitability and operating performance.

"For three years in a row, we have flown with the highest load factor in the country and for 35 months in a row the load factor has been in excess of 90 per cent, a feat unparalleled globally," Singh said.

During the quarter, the airline inked a USD 12.5- billion agreement with CFM International to buy LEAP-1B engines to power its 155 Boeing 737 Max fleet, along with spare engines. The carrier expects these new engines and fleet to help it significantly reduce engine maintenance cost.

Under the RSC connectivity, the airline launched operations to five destinations of the 20 licences it has-- Kandla, Porbandar, Puducherry, Jaisalmer and Adampur, it said, adding during the current quarter, it will start operations to Kanpur and Hubli under the scheme.

The airline will induct 19 Boeing 737 Max aircraft during the year, which will help reduce cost by 8-9 per cent; and eight new generation Q400s with additional seating capacity that will help improve the overall operating economics by 15-18 per cent, Singh said.

Spicejet operates 412 average daily flights to 54 destinations, including 47 domestic and seven international routes with a fleet of 37 Boeing 737NG and 22 Bombardier Q400s. Post-results, the Spicejet counter was trading 0.21 per cent down at Rs 119.15 on the BSE, while the benchmark Sensex was trading 0.55 per cent up at 1431 hrs.