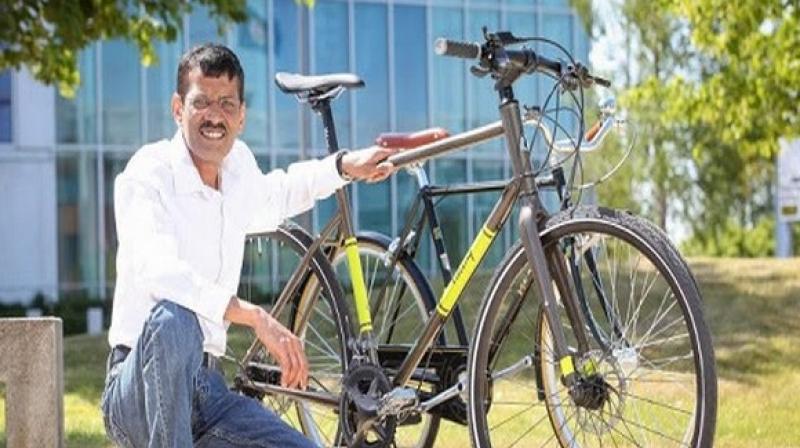 Hero Cycles bought the 110-year-old Viking brand when it purchased Manchester based bike distributor Avocet Cycles in 2015. Now this month after a near 40-year absence the first range of bespoke British designed Viking bikes is rolling into cycle shops across the UK. Avocet CEO Sreeram Venkateswaran said decades of ownership changes and neglect Viking is back with a range of bikes 'fit to wear the badge'.

"When Hero Cycles bought Avocet we wanted to make an impact on the UK market," he added.

"Viking is a brand which fires the imagination and captures our ambitions. Viking has heritage, it has passion and in its glory days it was one of the finest bike manufacturers in the world with one of the best racing teams in Britain. We have invested more than £2million in moving our Global Design Centre from India to Manchester so we can embrace brands like Viking and recalibrate them, restoring the quality they were famed for. Our new range of Viking bikes is the first designed in the UK for 40 years. We believe the new Viking range of bikes can really connect with people, particularly families looking for a well-designed bike in the £250 to £1500 price range," said Sreeram.

Viking shot to fame in Britain after the war from its manufacturing base in Wolverhampton. With production reaching a peak of 20,000 bikes a year in the 1960s Viking was firmly positioned as one of the country's leading bike makers.

The company cemented its position by forming its own road racing team which became hugely successful riding its Master Series SS and Severn Valley lightweight racer bikes with notable victories in the Tour of Britain in the 1950s. Viking later further diversified into children's bikes which eventually made up three quarters of its trade. The company ceased trading in 1967 and went through ownership changes and disappeared entirely from the 1980s until Avocet bought the trademark in 2002.

"The Viking bikes will be one of the most competitive in the range," he said. "The new Viking bikes have a full Shimano group set, they are lighter, and have a tighter rear triangle enabling better power transfer. The Viking range are more responsive and better for cornering and have a great lively performance which is suited to families of all ages."

Venkateswaran said the Viking range is a key part of Hero's new Insync range of bikes launched in the UK in May 2018. "As well as Viking Hero has taken the brands of Riddick, Ryedale and DeNovo and totally redesigned the range to operate under the new Insync master brand which is very much aimed at the family and leisure market. Cyclists can expect to see lots of design innovations and improvements as the Insync brand grows. We see the Insync range as giving similar health benefits more like yoga, relaxing the body and mind and bringing oneself in sync with the surroundings. Recent reports suggest that cycling in older age can, for example, strengthen the immune system. Insync aims to build a cycling culture that encourages happiness and health."

Viking bikes will be available to the public to try at no charge at this year's StreetVelodrome tour, a free to attend bike event hitting Wigan July 12-15 and London August 14-16. Professional riders and members of the public will take part in the races with famous riders like BMX world champion Shanaze Reade and freestyle rider Patrick Robinson offering tutorials for families.