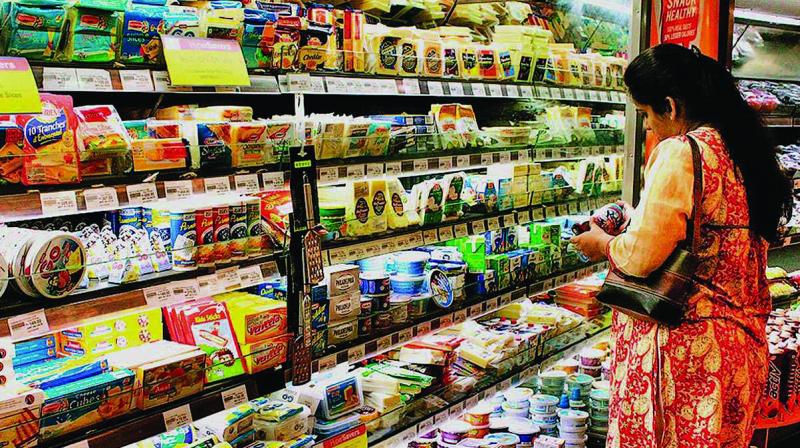 Though the budget has recently increased the customs duty, palm oil prices were 20 per cent down in Q1FY20.

Chennai: Despite the slower volume and revenue growth, FMCG companies may see their margins improving in June as well as September quarter due to benign raw material prices and low media intensity.

Tight liquidity conditions and sluggishness in rural demand has been affecting both volume and revenue growth of FMCG companies. However, gradual margin expansion has been visible in June and is likely to get better in second quarter, finds Kotak Institutional Equities.

"Margin prognosis is relatively sanguine with lower crude and other key raw material prices starting to reflect in consumption cost for part of first quarter. Full benefit of raw material tailwinds on gross margins will probably show up from 2QFY20 onwards. Low media intensity will likely negate operating leverage impact, driving expansion in operating margins for most companies," it said.

In Q1FY20, modest margin expansion of 10.1 per cent is likely for consumer staples companies covered by Kotak against 8.1 per cent in Q4FY19 and this can help 11 per cent growth for profit after tax in first quarter against eight per cent in the fourth quarter of last year.

Marico, GSK Consumer, Hindustan Unilever, Godrej Consumer Products, Colgate and Britannia are some of the companies that stand to gain.