Job loss, pay cut on cards for Indian IT industry 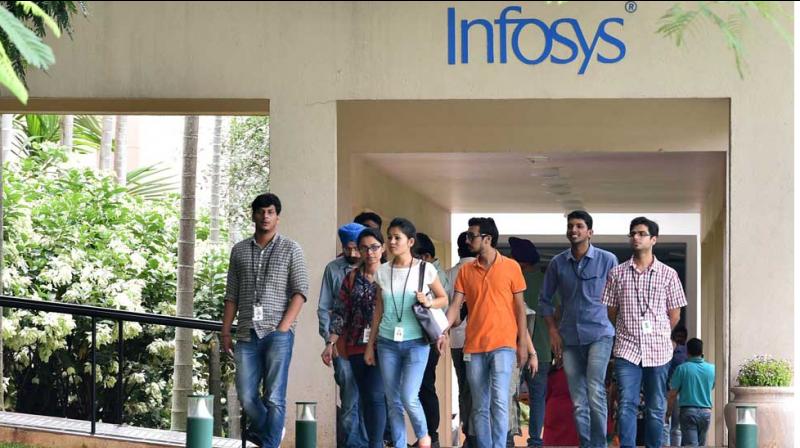 Prolonged lockdown may result in job cuts in IT industry. (PTI Photo)

Hyderabad: Indicating that prolonged lockdown to contain coronavirus spread may lead to job cuts in the Indian IT industry, NASSCOM former president R Chandrashekhar has said that the work-from-home culture may become a positive development in the long run as it opens up newer avenues and save investments by IT firms.

The former bureaucrat also said startups which are surviving on funds infused by venture capitalists may face tougher situations if the present scenario deteriorates.

"The larger companies may not be actually cutting jobs for two reasons. One is that they do not want to lose their employees and they have money to pay. Many of them ( big companies), even if they do shed some jobs it might be at the most people who are on temporary or intern type and all. But they would not want regular and permanent employees to go. So as long as they have sufficient flexibility in their books, they would continue," said NASSCOM former president.

"But beyond a point that it goes on, for let us say, two months or three months, then even for them, they will feel the pressure. They may not just keep on providing subsidies to the employees. So the key question will be how long that goes on," Chandrasekhar said.

He also said the work-from-home systems being adopted by several firms across the globe, including India, may have a negative impact on the industry in the short-term, but in the long run it would change the work culture which hitherto was not experienced by many of the IT firms in India.

On impact of the prolonged lockdown on startups, he said it would be a big challenge for the budding enterprises as the investments they get are based on their ideas and future revenues and the present situation under which peoples movement is curbed may shackle their progress.

If the employees are not paid and if they leave and it is difficult for the startup againto come up. So the whole investment plan goes for a toss, he said.