Indian tech industry struggles to cope with uncertain environment and visa-related issues in US. 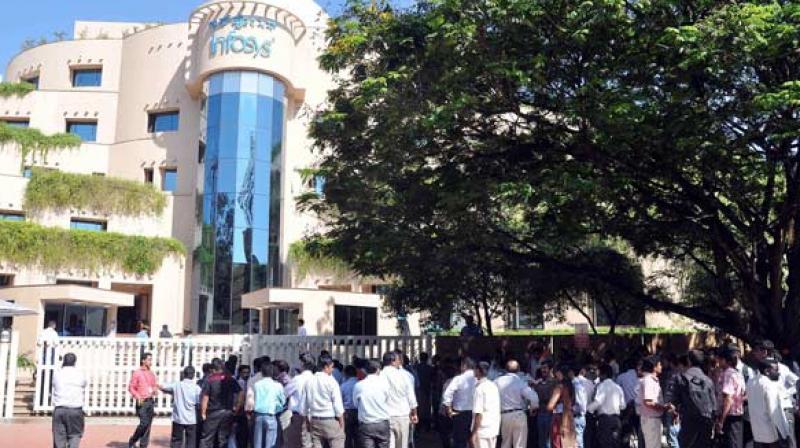 New Delhi: Infosys has deferred salary hikes for employees to July and even later in case of senior executives as the Indian tech industry struggles to cope with uncertain environment and visa-related issues in key markets like the US.

Typically, the country's second-largest software services firm rolls out increments from April but this year the hikes have been pushed back to next quarter. Infosys has over two lakh employees.

In an e-mail to employees, Infosys Chief Operating Officer UB Pravin Rao said the compensation review for employees ranked JL5 (job level 5) and below will be effective from July.

For other employees, the same would be rolled out in subsequent quarters. He also sought to assuage employee concerns over possible layoffs but cautioned there would be "some performance-based exits" as has been the case in the past.

When contacted, an Infosys spokesperson confirmed the development. The decision comes at a time when there are reports of layoffs across the industry. While most companies have attributed the retrenchment to performance issues, many believe these steps are aimed at controlling costs.

Cognizant has rolled out a voluntary separation programme for directors, associate VPs and senior VPs, offering them 6-9 months of salary.

Wipro is also learnt to have asked about 600 employees to leave as part of its annual "performance appraisal" even as speculations were that the number could go as high as 2,000.

However, Infosys isn't the only company that has deferred salary hike for employees. Tech Mahindra is yet to revise wages for employees with more than six years of experience.

Indian IT firms are facing intense pressure given an uncertain environment and stricter work permit regimes in countries like the US, Singapore, Australia and New Zealand. Indian IT firms -- which get a bulk of their revenues from the North American market -- are now hiring more locals there as the US administration seeks to make work visa norms more stricter.

Infosys, while tightening belt at home, plans to hire about 10,000 American workers over the next two years and will set up four new innovation centres in the US.