4-wheeler EV adoption to take time, to focus on two and three-wheelers: Ola

The company is now focussing on deploying 10,000 electric vehicles. 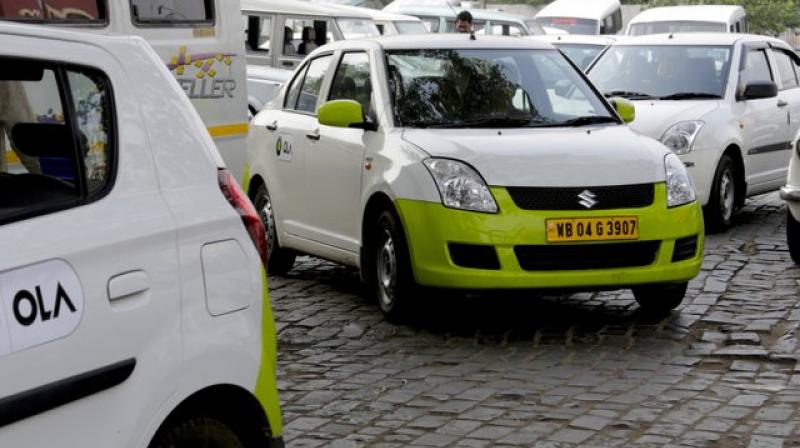 The company hasn't given up as it is confident that electrification is viable in the long run. (Photo: AP)

New Delhi: Expecting rapid adoption of four-wheeler electric vehicles at a mass scale to take time, ride-hailing firm Ola is betting big on two and three-wheelers for its electric mobility drive, according to a senior company official.

With lessons learnt from its experiment in Nagpur, where the company had partnered with Mahindra & Mahindra in 2017 for a multi-modal electric mass mobility project, Ola believes right now "four-wheelers are not yet ready" for such usage in India on a large scale.

Therefore, the company is now focussing on deploying 10,000 electric vehicles (EVs), a mix of two and three-wheelers, on Indian roads by the end of March 2020.

"The biggest lesson (from Nagpur) was that (electric) four-wheelers are not yet ready. It is going to take a couple of years for the math on four-wheelers to work," Ola Electric Mobility (OEM) co-founder Anand Shah told PTI.

He, however, said the company hasn't given up as it is confident that electrification is viable in the long run.

Sharing the company's road map for electric mobility, Shah said, "In our view, we are putting our bets on three-wheelers and two-wheelers in the coming year. It is absolutely fair to say that after the learnings from Nagpur experience, our focus will be on two and three-wheelers first in terms of EVs."

Right now in the EV market in India, he said it is mostly in three-wheelers, with E-rickshaws being "the largest population of EVs by natural adoption".

Further, he said, "We think two-wheelers are also emerging very quickly, partially because of policy and also because of the rising interest in commercial use of two-wheelers, whether that is in deliveries for our own food business or any of our competitors, e-commerce companies or scooter sharing."

OEM has already started pilots with a fleet of a hundreds of three-wheelers in Gurugram.

"We are expecting to put 10,000 EVs, a mix of two and three-wheelers, on the road by the end of March 2020. We are very committed to make it happen," he said adding the company was are looking to deploy these in whichever viable pockets of the country that were willing to work with it.

Delhi, Maharashtra, Kerala, Karnataka, Telangana, AP and Gujarat could be some of the places, he said.

Reiterating that Ola is still "actively working on electric four-wheelers", he said, "We are testing electric cars. We have tried every electric car that exists in India today, but we think it's going to take some time for rapid four-wheeler EV adoption at scale."

On investments for electric mobility, Shah said, "We have raised Rs 400 crore from some of our early investors -- Tiger Global Management, Matrix India. That money will be spent on meeting these milestones, on getting the technology right, getting the business model right and we will keep growing from there."

Elaborating on the experience from the Nagpur project, he said,"There needs to be more four-wheeler EVs, when we started in Nagpur there was literally only one make of electric car available in the market."

Besides, he said there has to be appropriate battery technology for Indian conditions and usage along with a proper understanding of infrastructure utilisation to strike balance between usage of land, power and time of the day.

Shah further said electricity cost is also a very significant input although now the government is beginning to address this.