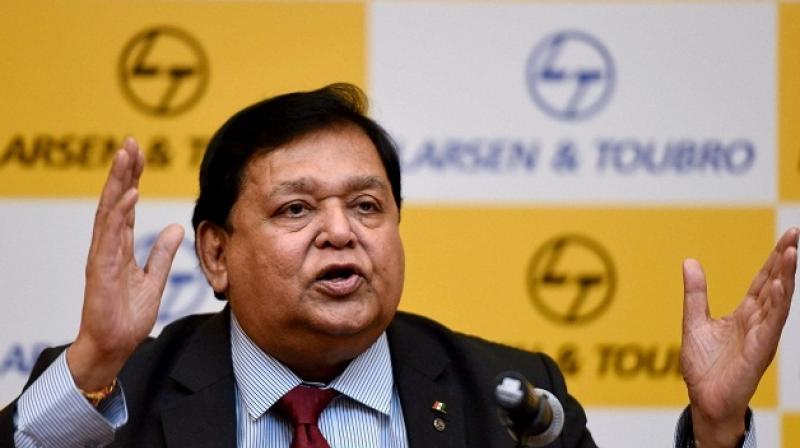 Mumbai: Maharashtra Minister of State for Home Ranjit Patil today said an inquiry will be conducted into the alleged irregularities in the construction of residential buildings by Larsen & Toubro in suburban Powai, a charge the company denied saying it has all the required permissions.

The land on which these high-rise buildings came up, was given to the engineering major for industrial purposes. However, it constructed residential buildings on it, which resulted in the misappropriation of Rs 400 crore, the minister said.

Reacting to the statement of the minister, L&T said the said residential complex development is on free-hold land, which has all required permissions.

"We own two types of land at Powai. One land parcel has been allotted by the government for industrial use, and it continues to be utilised for industrial purposes only, while the other land parcel was purchased by us from private parties and is free-hold land," the company said in a statement.

The residential development is being carried out on part of this free hold land after obtaining all the due approvals from the government and municipal authorities, it said.

L&T also noted that the ULC Act (Urban Land Ceiling) was repealed in 2007 and its started real estate development only in 2011.

"The matter pertaining to the ULC Act is sub-judice with the Bombay High Court following  the BMC had withdrawn its stop-work notice," the company said.

Earlier in the day, answering a calling attention notice from Shiv Sena member Sunil Prabhu, the minister said, "Larsen & Toubro was given land near Paspoli in Powai area, where the company allegedly constructed ten 24-storey towers, resulting in misappropriation of Rs 400 crore. The company has violated the ULC Act and Development Control rules".

BJP member Ashish Shelar alleged that the company had not taken necessary permissions from the Brihanmumbai Municipal Corporation (BMC), and it ignored the district collector's order to stop the construction work.