Experts also say IT companies continuing to grow, there is nothing abnormal on recruitment front. 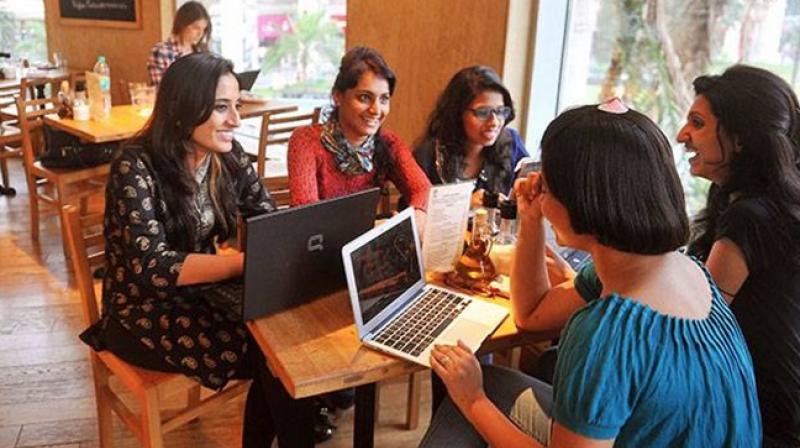 A technology expert says fear of job losses due to artificial intelligence are uncalled for. (Photo: PTI)

Hyderabad: Hiring in the information technology sector in India is intact, senior industry figures said, discounting reports of reduced employment opportunities
in the second half of the current fiscal for IT professionals.

They said with IT companies continuing to grow, there is nothing abnormal on the recruitment front and added survey reports talking about hiring intentions slackening in the October 2017-March 2018 period don't reflect ground reality.

According to a survey released earlier this week, Indian IT professionals are likely to see reduced job opportunities in the next six months as traditional roles are increasingly getting disrupted in the wake of automation and digitisation.

The Experis IT Employment Outlook Survey by Experis IT - ManpowerGroup India, said IT hiring intentions will further slacken for the October 2017 - March 2018 period.

The IT industry is looking at adjusting the talent pool, considering major hiring in junior and mid levels while contemplating layoffs in the senior slab, the survey of 500 Indian IT employers across India said.

"The collective number of layoffs that the IT giants are contemplating is way higher than what the Indian IT industry has ever witnessed and this trend is likely to continue for the next 6-12 months," the survey stated.

"Half the year is over, and we have not seen one lakh jobs go, and at the top five companies, which employed (a total of) ten lakh people, there is only 1 per cent reduction because they have not hired new people in the first half," he
told PTI.

"All of them (IT companies) are working at high utilisations and if they have to grow at six to eight per cent, they have to hire more people. And in the second half, college batches 100,000-125,000 (engineers) will come in," Pai
said.

In the first quarter of 2017-18, attrition has been 15 per cent on an average, which means that good jobs are still available in the market, according to him.

"....certainly there is a slowdown in recruitment this year, and that is the truth but there are no large-scale layoffs and nothing to say that second half will see lower job opportunities compared to first half," Pai said.

"I have spoken to many captives...many MNCs, all of them are hiring. None of them are reducing", he said. "It (hiring) will be steady, it will not be high, there is no decline".

V Balakrishnan, also ex-CFO of Infosys, said Indian IT companies are still growing between five and seven per cent, and the hiring gets fine-tuned to the growth.

"I think all of them (IT firms  have confirmed that hiring is intact. Hiring will get adjusted to the growth. They are hiring less as growth has come down. I don't think there is anything abnormal in that," Balakrishnan said.

Tags: it industry, it sector, information technology, hiring in it sector, jobs in it, it jobs