Taxi hailing apps and radio taxi service providers are engaged in a fierce competition in different markets across the country. 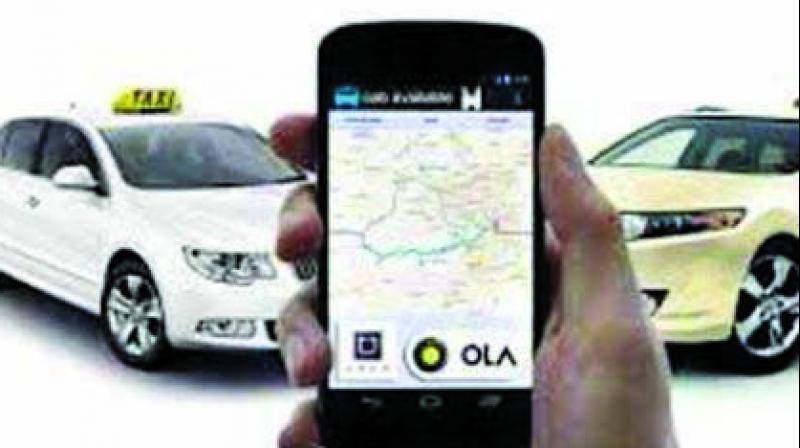 Alleging that the aggregators are disrupting the market by putting in huge sums of foreign investor money, the company said it has filed four different complaints with the CCI.

The Competition Commission of India (CCI) had earlier rejected similar allegations against Ola with regard to the Bengaluru market, saying there was no dominance as rival Uber too is a significant market player and denied interfering in the taxi services market that is yet to fully evolve.

"We have filed four complaints against Ola and Uber in top four cities of operations. They have disrupted the dynamics of the business by pouring foreign funds in the market and selling services below cost and running into losses," Meru Cabs CEO Nilesh Sangoi told PTI.

He further said that though Ola and Uber are two entities competing between themselves, they have created a monopoly- like situation.

Ola on Wednesday announced raising USD 1.1 billion in a new round of funding from China's Tencent Holdings and SoftBank Group.

Taxi hailing apps and radio taxi service providers are engaged in a fierce competition in different markets across the country.

Sangoi alleged that huge subsidy to drivers, "impractical" discounts to customers offered by Ola and Uber have distorted the taxi service market.

"Due to the capital backing, they sell below cost, add more cars on the platform and when they add more cars, customers get the benefit of less waiting time and this in turn attracts more drivers as they get more trips," Sangoi said, adding that this time the case is very strong to check on their "unfair" business practices.

He contended that someone with no funding will have more price, less cars, less profits, more waiting time, and ultimately a decline in the number of customers.

The Indian taxi companies, including Meru, took big hits and saw a blip in their business due to the entry of Ola and Uber and the competitors allege that the rivals entice the drivers with lucrative schemes.