Meanwhile, Flipkart said on Thursday that it sold 30 lakh mobile phones in a day — the highest phones sold in a day globally. 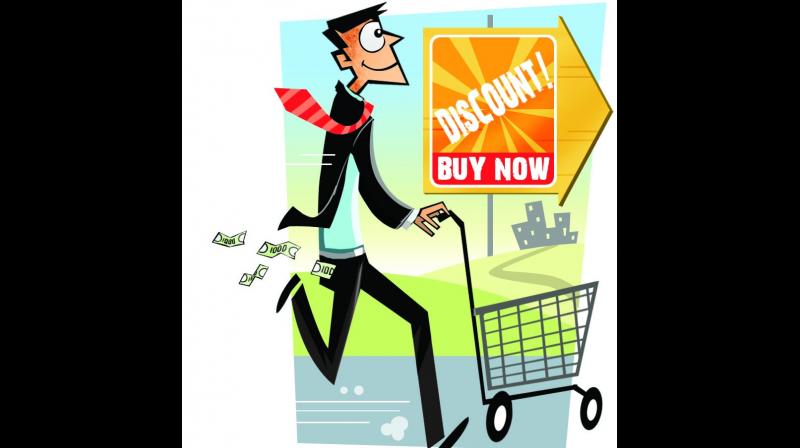 With discounts going up as high as 50%, mobile phones accounted for over 40% of all transactions on day 1.

Chennai: In the first two days of the five-day festive sales across the various ecommerce platforms, sale of mobile phones touched a staggering 46 lakh.

Ahead of the sales, etailers had invested much to improve the supply chain for large appliances. The boost saw the category, in the two days, notch up sales of 6 lakh units.

Cash-back firms too are seeing huge growth in transactions. With the etailers already garnering $1.5 billion gross merchandise value, they are well on track to hit $3 billion in five days.

With discounts going up as high as 50 per cent, mobile phones accounted for over 40 per cent of all transactions on day 1, while cash-back offers grew over 2,000 per cent.

Driven by the multitude of new smartphone launches across different price points in the online channels, the mobile handset sector is witnessing high growth with Chinese brands Xiaomi, OnePlus and Honor being a huge contributor.

Meanwhile, Flipkart said on Thursday that it sold 30 lakh mobile phones in a day — the highest phones sold in a day globally.

Three headphones sold every two seconds of the sale so far and it is selling one laptop every minute. TVs and large appliances saw aggressive pricing and cash-back offers grew by 1,500 per cent. The demand was high from smaller cities as a lot of these products are not available in those cities.

In this category, TVs saw the highest spike in sales with up to 65 per cent discounts. Mi LED Smart TV 4A 108 cm (43), Samsung 6.2 kg fully-automatic top load washing machine, LG 260 L 4 Star frost free double door refrigerator were some of the products that were selling like hot cakes.

Given the high gross margins and up to 90 per cent discount, fashion as a category saw a special push by all websites. This resulted in over 1,000 per cent increase in orders placed via CashKaro on Day1 of the festive Sales.

RedSeer Consulting has estimated e-commerce to achieve $2.5 to $3 billion gross merchandise value (GMV) during the five-day festive season sales in October. The total GMV will be double that of last year’s $1.5 billion.

The industry is on track to reach $3 billion by the end of the five-day festive period as it has achieved $1.5 billion in first 2.5 days of sale.

“Festive season sales have become a landmark event for e-commerce sales. The industry acquires a lot of new customers during the event. This year the industry has seen higher participation from smaller cities and we expect the trend to continue,’ said Ujjwal Chaudhry, engagement manager, e-tailing, RedSeer.