Ex-CFO says quantum could have been bigger because Infosys has Rs 40,000 crore on their balance sheet. 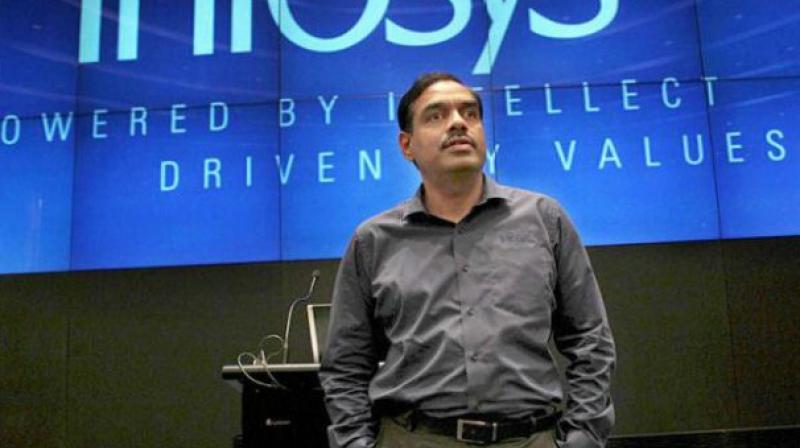 Hyderabad: A former CFO of Infosys today said the company's decision to return Rs 13,000 crore to shareholders is "too little" and appointing a co-Chairman would make the structure much more complex at board level.

"I think it's a good step forward but the quantum could have been bigger because they have Rs 40,000 crore on their balance sheet. Returning Rs 13,000 crore is too little," former Chief Financial Officer V Balakrishnan told PTI in a telephonic interview.

"On go-forward basis, returning 70 per cent of free cash flow is almost similar to what they (Infosys) have today -- that is 50 per cent of net profit," Balakrishnan said. The country's second-biggest software exporter today announced plans to return Rs 13,000 crore from its cash pile to shareholders after it reported an almost flat net profit in the March quarter and sales outlook that fell short of estimates.

The Bengaluru-headquartered, NASDAQ-listed company said it would begin to pay 70 per cent of annual free cash flow as dividend compared to a previous policy of sharing up to half its post-tax profit.

Balakrishnan said, "So, probably I think the benchmark for IT services companies should be Accenture. Accenture returned substantial part of existing cash and also, if I am right, they returned around 90 per cent of free cash flow to shareholders every year. So, progressively Infosys should move towards this. That is a good benchmark."

On appointment of Ravi Venkatesan as co-Chairman, he said there is no substance in that because the company today has a Chairman, CEO, COO, co-COO, CFO, and deputy CFO.

"And I think it's too top heavy. And they have not articulated why this change is required now and what value it is going to add. So, I don't want to read too much into it. I think it's making the structure much more complex at the board level, and that has got its own repercussions."

He said the financial results declared by the company today are disappointing. "Whole year (2016-17), they have not met numbers in any of the quarters. And guidance also looks muted. I think the performance is very challenging."