Input cost per tractor would go up by about Rs 25,000 having an impact on industry working capital. 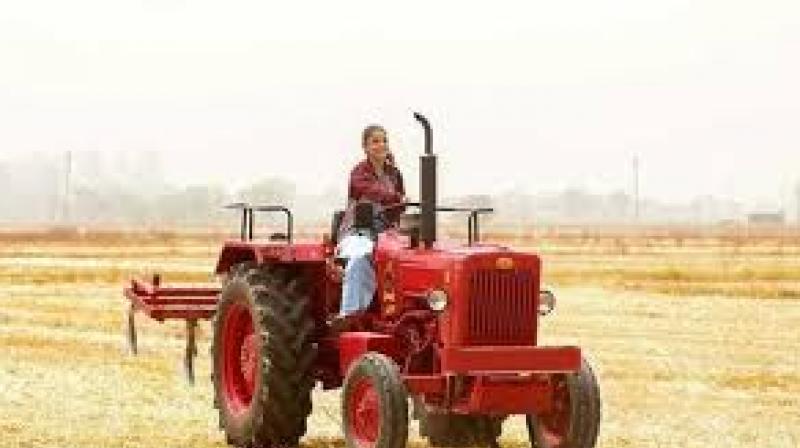 TMA has requested for changing component duties in tractors from proposed 28 per cent to 18 per cent.

New Delhi: Tractor manufacturers today expressed disappointment over reducing GST rate only on "token components" to 18 per cent and demanded that it must be extended to all parts, saying input cost per vehicle will go up by about Rs 25,000 under the new tax regime.

Tractor Manufacturers' Association (TMA) said out of the 66 items on which GST rates were reduced on Sunday, a large chunk of major components used in making tractors have been left out and the reduction must be extended to across all tractor parts.

TMA Chairman Technical Committee TR Kesavan said if GST is implemented under the proposed rate with inverted duty structure of input tax of 28 per cent and output of 18 per cent, relief provided to tractor industry will be marginal.

Input cost per tractor would go up by about Rs 25,000 having an impact on industry working capital to the extent of Rs 1,600 crore, he said in a statement.

"This anomaly is due to the downward revision of GST being limited to token components of a tractor while major aggregates and components such as engines, transmissions and other parts will continue to be levied at 28 per cent," Kesavan said.

Expressing similar views, TAFE Chairman & CEO Mallika Srinivasan said: "Tractors that hitherto had nil final duty will now have a GST of 12 per cent. TMA has requested for changing component duties in tractors from proposed 28 per cent to 18 per cent. Unfortunately this has only been partially rolled out as of now..."

She asked revenue department to reduce duty on all tractor components such as engines, transmission, axles, centre housing, front and rear tires and tubes and other parts from 28 per cent to 18 per cent.

"This would be much needed to ensure that the farming community does not suffer, Srinivasan added. TMA further said tractor industry has also been left out of the transitional provisions in respect of stocks held at depots and dealerships which are extended to all industries.

"The tractor industry despite having an embedded tax rate of 8 per cent is not eligible for this relief just because of the fact that tractors were in the exempted category till now," the association said.

TMA argued that tractors, like automobiles, can be identified by serial numbers and hence exact duty paid (embedded) incurred can be arrived at.

"Hence, tractors should be treated at par with other products of such nature and should not be discriminated," it added.

The tractor industry always holds more than 1.5 Lakh vehicles in stock in depots and dealerships and denial of this relief will severely impact the farming community. This is unfair considering that the majority of final customers are farmers, TMA said.