The companies said they have also duly furnished all requisite and satisfactory details as required by PWC. 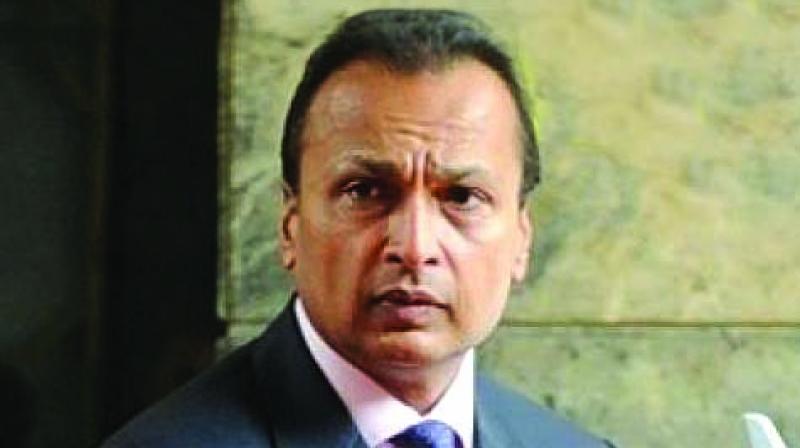 Reliance Group Chairman Anil Ambani said his group was committed to meet all payment obligations in a timely manner and has already serviced debt worth Rs 35,000 cr in last 14 months.

On Wednesday, Reliance Capital and Reliance Home Finance said that Price Waterhouse & Co Chartered Accountants (PWC) had resigned as auditor of both the companies citing unsatisfactory response to "certain observations" made by it as a part of the ongoing audit for fiscal 2018-19.

"PWC's observations are completely baseless and unjustified. PWC has acted prematurely without even statutory discussions with the audit committee," Reliance Capital said in a regulatory filing.

Reliance Capital said its continuing auditor Pathak H D & Associates has been mandated by the audit committee to submit its independent report on PWC's observations within 15 days.

"There is no question of 'diversion'; zero loans and/or liquidity have been provided by any lender in the PWC audit period. Reliance Capital is confident the independent report of the continuing auditor will establish that there are no irregularities," the company added.

Reliance Capital said it is by law required to fund only group entities, being a core investment company (CIC). All resources have been utilised purely to support group debt servicing of Rs 35,000 crore in past 14 months.

Both Reliance Capital and Reliance Home Finance on Wednesday said they did "not agree with the reasons given by PWC" for its resignation.

PWC cited the companies' failure to convene audit committee meetings within the expected time, despite multiple letters of intent sent to them, as one of the reasons for the resignation, the firms had informed stock exchanges.

PWC also stated that the companies said they might initiate appropriate legal proceedings against the firm, according to the filings.

According to PWC, these actions by the companies have prevented it from performing its duties as statutory auditors and exercising independent judgment in making a report to the members of the company, both the companies said, elaborating on the reasons behind the resignation.

The companies, however, stated they duly responded to the various queries and letters of PWC and have convened meetings of their audit committees on June 12, 2019, to further respond to the letters from PWC.

Both companies said they expected PWC to have participated in the meetings of the audit committees and not resigned on the eve thereof.

The companies said they have also duly furnished all requisite and satisfactory details as required by PWC, especially including certification and confirmations of the transactions in question on multiple occasions by PWC themselves.

With regard to legal proceedings, the firms had clearly stated that the same would be initiated "only if so legally advised, that too if required to protect the interests of all stakeholders, and it is hard to see how PWC has taken exception to this approach," the two companies added.

Shares of Reliance Capital were trading 4.06 per cent lower at Rs 83.95 apiece on BSE.

Reliance Group Chairman Anil Ambani on Tuesday said his group was committed to meet all payment obligations in a timely manner and has already serviced debt worth Rs 35,000 crore in last 14 months.

The Rs 35,000 crore worth of payments made relates to debt of Reliance Capital, Reliance Power and Reliance Infra, and their respective affiliates.