Sputnik V to be produced at SII from September, says RDIF 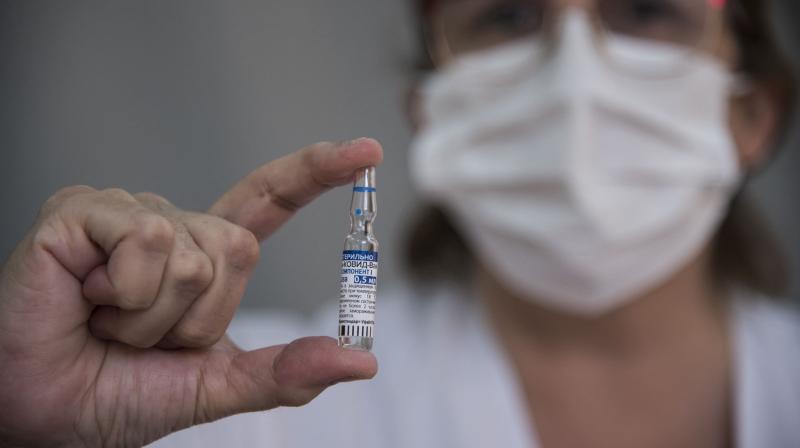 A health worker holds a vial of the Sputnik V vaccine against COVID-19 while Charles Chaplin's movies are projected at the Lumiere movie theater, used as vaccination center, in Rosario, Santa Fe province, Argentina, on March 26, 2021. (Marcelo Manera / AFP)

In a statement, RDIF said that the Russian Direct Investment Fund and Serum Institute of India (SII)s intend to produce over 300 million doses of the vaccine in India per year.

"As part of the technical transfer process, SII has already received cell and vector samples from the Gamaleya Center. With their import approved by the Drug Controller General of India (DCGI), the cultivation process has begun," it said.

To date, the Russian Sputnik V vaccine has been registered in 67 countries globally with a total population of over 3.5 bn people. The data obtained by regulators of a number of countries during the vaccination of the population, including in Argentina, Serbia, Bahrain, Hungary, Mexico, San Marino, UAE and others, demonstrates that Sputnik V is one of the safest and most effective vaccines against coronavirus.

Meanwhile, on WHO concern over Sputnik V coronavirus vaccine issues with the filling of vials at one plant, the Pharmastanfar - UfaVITA said that the issues did not relate to the safety or efficacy of the vaccine itself, the plant is responsible only for pouring into vials doses of Sputnik V vaccine produced elsewhere.

WHO did not raise any questions about the safety and efficacy of the produced and finished vaccine as the "Sputnik V" vaccine undergoes strictest double quality output control of the Gamaleya Institute and the Russian health regulator (Federal Healthcare Service - Roszdravnadzor), said OJSC Pharmstandard-UfaVITA statement.

Moreover, the WHO interim inspection did not identify any critical issues with the actual vaccine's production, quality, clinical studies, possible side effects, nor with the double quality output control by both the Gamaleya Institute and the Russian health regulator. Instead, WHO inspectors' attention was focused on only 4 technical issues mostly related to one of the filling lines that have all been subsequently fully addressed, said the statement.

Further, OJSC Pharmstandard-UfaVITA invited WHO for another inspection.