Uber board strikes agreement to pave way for SoftBank investment

The agreement struck on Sunday removed the final obstacle to allowing SoftBank to proceed with an offer to buy to stock. 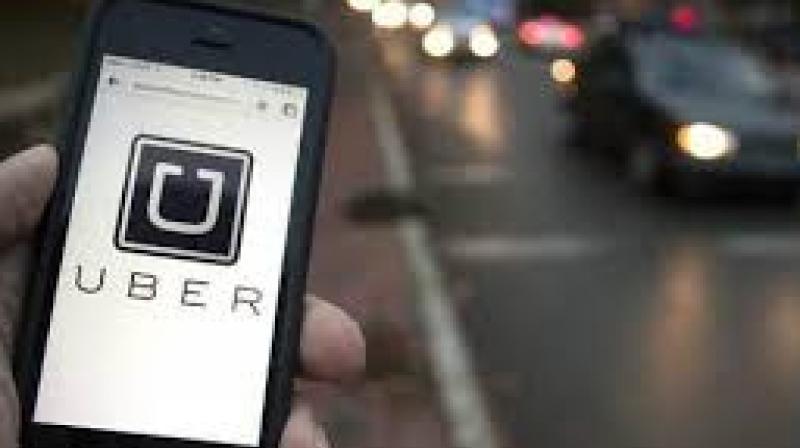 Uber Technologies Inc’s warring board members have agreed to investment by SoftBank Group Corp in the ride-services company. (Photo: AFP)

San Francisco/New York: Uber Technologies Inc’s warring board members have struck a peace deal that allows a multibillion-dollar investment by SoftBank Group Corp to proceed, and which would resolve a legal battle between former Chief Executive Travis Kalanick and a prominent shareholder.

Venture capital firm Benchmark, an early investor with a board seat in the ride-services company, and Kalanick have reached an agreement over terms of the SoftBank investment, which could be worth up to $10 billion, according to two people familiar with the matter.

The Uber board first agreed more than a month ago to bring in SoftBank as an investor and board member, but negotiations have been slowed by ongoing fighting between Benchmark and Kalanick.

The agreement struck on Sunday removed the final obstacle to allowing SoftBank to proceed with an offer to buy to stock. Uber confirmed the deal was moving forward.

“We’ve entered into an agreement with a consortium led by SoftBank and Dragoneer on a potential investment,” an Uber spokesman said. “We believe this agreement is a strong vote of confidence in Uber’s long-term potential.”

SoftBank, a Japanese conglomerate that has become a heavyweight in Silicon Valley tech investing, is joined by Dragoneer Investment Group in leading a consortium of investors that plans to invest $1 billion to $1.25 billion in Uber, and in addition, will buy up to 17 per cent of existing shares from investors and employees in a secondary transaction. The terms were signed on Sunday, although the tender offer would likely take weeks to complete.

Uber is valued at $68 billion, the most highly valued venture-backed company in the world. SoftBank’s roughly $1 billion investment of fresh funding is expected to be at the same valuation. The secondary transaction, or the purchases from employees and existing investors, would be at a lower valuation.

A spokeswoman for Benchmark did not immediately respond to a request for comment, and a spokesman for Kalanick declined to comment.

Completing the SoftBank deal would allow Uber to open a new chapter after a year of controversy, including the resignation of Kalanick, the ouster of several top executives, sexual harassment and discrimination allegations, and multiple federal criminal probes.

The deal is also tied to new governance rules that aim to distribute power more equally and bring more oversight to the company.

“Uber had a remarkable first six or seven years, a bumpy past two years, and now the SoftBank deal allows for a full reset,” said Bradley Tusk, an Uber investor and political strategist who works with tech companies.

It would also be a major victory for Uber’s new CEO, Dara Khosrowshahi, who often served as a mediator to help broker the agreement, according to a third person familiar with the matter.

To allow the deal to go forward, Benchmark has agreed to immediately suspend its lawsuit against Kalanick, which it filed in August in an effort to diminish the ex-CEO’s power at the company and force him off the board, one of the sources said.

On the successful completion of the SoftBank investment, Benchmark would drop the lawsuit entirely, the person said.

In turn, Kalanick must receive majority board approval should he want to replace the board seats over which he has control, according to the source. In addition to his own seat, Kalanick controls two more, which are occupied by Ursula Brown, the former Xerox Corp CEO, and former Merrill Lynch & CO Inc CEO John Thain. Kalanick appointed them in September without first consulting with the board.

“Ending the litigation is a big step forward if it finally ends the specter of Kalanick retaking control,” said Erik Gordon, an entrepreneurship expert at the University of Michigan’s Ross School of Business.

Uber’s board already approved a slate of governance reforms that are contingent on completion of the SoftBank deal. They include removing super-voting rights that gave Kalanick and his allies outsized power, adding new independent directors and increasing the size of the board to 17.

Uber plans to run newspaper ads informing investors about the share purchase, and SoftBank will propose a price at which it will buy stock. The company has threatened to invest in ride-hailing rival Lyft if it does not get the Uber deal done.

The deal gives early investors such as Benchmark, whose Uber stake is worth nearly $9 billion, the opportunity to cash out a very lucrative investment.