Airbus to scrap production of A380 superjumbo

Airbus will produce 17 more of the planes including 14 for Emirates and 3 for Japanese airline ANA. 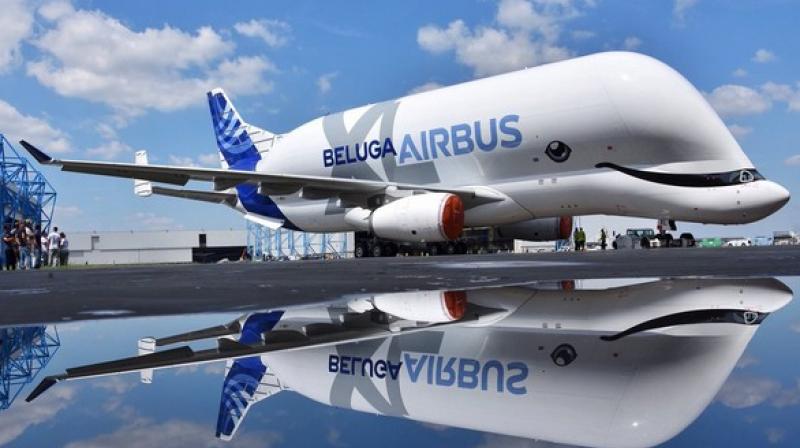 Airbus said in a statement that the last A380 would be delivered in 2021. (Photo: Twitter)

Europe’s Airbus announced plans to scrap production of the A380 superjumbo on Thursday, abandoning its dream of dominating the skies with a cruiseliner for the 21st century after years of lacklustre sales.

The world’s largest airliner, with two decks of spacious cabins and room for 544 people in standard layout, was designed to challenge Boeing’s legendary 747 but failed to take hold as airlines backed a new generation of smaller, more nimble jets.

Airbus said in a statement that the last A380 would be delivered in 2021.

Confirming a shake-up first reported by Reuters, it said Emirates - the largest A380 customer - had decided to reduce its orders for the iconic superjumbo and order a total of 70 of the smaller A350 and A330neo models.

The European company said it would enter talks with unions in coming weeks over the 3,000-3,500 jobs potentially affected.

Airbus will produce 17 more of the planes including 14 for Emirates and 3 for Japanese airline ANA.

Emirates, which had built its global brand around the A380 and Boeing 777 and which also has 100 of the Airbus superjumbos in its fleet, said it was disappointed by the closure.

“Emirates has been a staunch supporter of the A380 since its very inception,” said Emirates Chairman Sheikh Ahmed bin Saeed al-Maktoum.

“While we are disappointed to have to give up our order, and sad that the programme could not be sustained, we accept that this is the reality of the situation,” he added.

The A380 will remain a pillar of the Emirates fleet well into the 2030s, stated the airline.

Making its maiden flight in 2005, the A380 was a major step in Airbus’s efforts to compete on equal terms with Boeing and challenge what had been a cash cow for its arch-rival.

But sales of the industry’s largest four-engined jets have fallen due to improvements in lighter twin-engined alternatives, such as the Boeing 787 and 777 or Airbus’s own A350.

The prospect of a premature halt to A380 production emerged last month as part of a restructuring of orders first reported by Reuters.

On Wednesday, Reuters reported that Airbus was poised to axe the superjumbo and would likely give an update coinciding with results due on Thursday morning.