The verdict marks the latest defeat for the healthcare conglomerate facing more than 13,000 talc-related lawsuits in America. 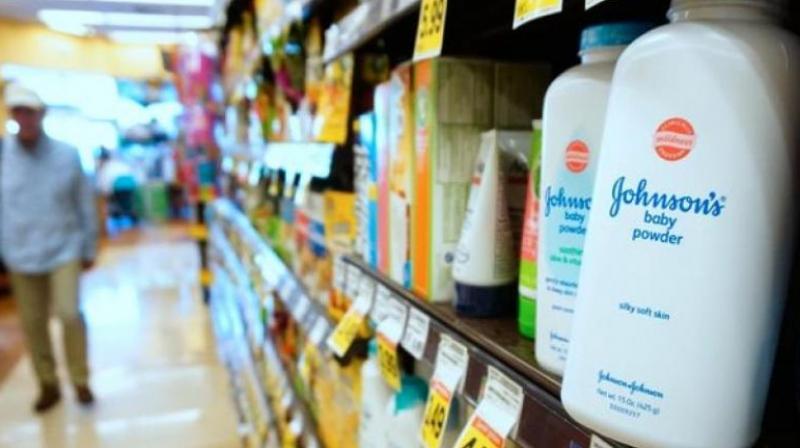 J&J said it would appeal, citing “serious procedural and evidentiary errors” in the course of the trial, saying lawyers for the woman had fundamentally failed to show it's baby powder contains asbestos. (Representational Image)

Oakland: A California jury on Wednesday awarded USD 29 million to a woman who said that asbestos in Johnson & Johnson’s talcum-powder-based products caused her cancer.

The verdict, in California Superior Court in Oakland, marks the latest defeat for the healthcare conglomerate facing more than 13,000 talc-related lawsuits in America.

J&J said it would appeal, citing “serious procedural and evidentiary errors” in the course of the trial, saying lawyers for the woman had fundamentally failed to show it's baby powder contains asbestos. The company did not provide further details of the alleged errors during the trial.

“We respect the legal process and reiterate that jury verdicts are not medical, scientific or regulatory conclusions about a product,” J&J said in a statement on Wednesday.

The New Brunswick, New Jersey-based company denied that its talc causes cancer, saying numerous studies and tests by regulators worldwide have shown that its talc is safe and asbestos-free.

The lawsuit was brought by Terry Leavitt, who said she used Johnson’s Baby Powder and Shower to Shower - another powder containing talc sold by J&J in the past - in the 1960s and 1970s and was diagnosed with mesothelioma in 2017. It was the first of more than a dozen J&J talc cases scheduled for trial in 2019. The nine-week trial began on Jan. 7 and included testimony from nearly a dozen experts on both sides.

The jury deliberated for two days before delivering its verdict, which was broadcast online by Courtroom View Network.

Jurors found that J&J’s talc-based products used by Leavitt were defective and that the company had failed to warn consumers of the health risks, awarding $29.4 million in damages to Leavitt and her husband. The jury declined to award punitive damages.

“Yet another jury has rejected J&J’s misleading claims that its talc was free of asbestos,” said Moshe Maimon, a lawyer for Leavitt, in a statement on Wednesday. “The internal J&J documents that the jury saw, once more laid bare the shocking truth of decades of cover-up, deception and concealment by J&J.”

Leavitt’s was the first talc case to go to trial since Reuters on Dec. 14 published a report detailing that J&J knew that the talc in its raw and finished powders sometimes tested positive for small amounts of asbestos from the 1970s into the early 2000s - test results it did not disclose to regulators or consumers.

Leavitt’s trial originally included J&J’s talc supplier, Imerys Talc America, a unit of Imerys SE, as a co-defendant. California Superior Court Judge Brad Seligman, who oversaw the trial, told jurors in February that the company was no longer part of the case after it filed for Chapter 11 bankruptcy protection under the weight of the talc litigation, which stayed lawsuits against it.

In 11 cases so far alleging asbestos contamination in talc, three have resulted in wins for plaintiffs, awarding damages as high as USD 4.69 billion in a July 2018 multi-plaintiff ovarian cancer verdict. J&J won three other cases and another five ended in hung juries.

J&J has appealed all of the plaintiff verdicts, and the company said it is confident the verdicts would be overturned on appeal.