Kotak Wealth Hurun estimated Crishna to own a wealth of Rs 37,570 crore. 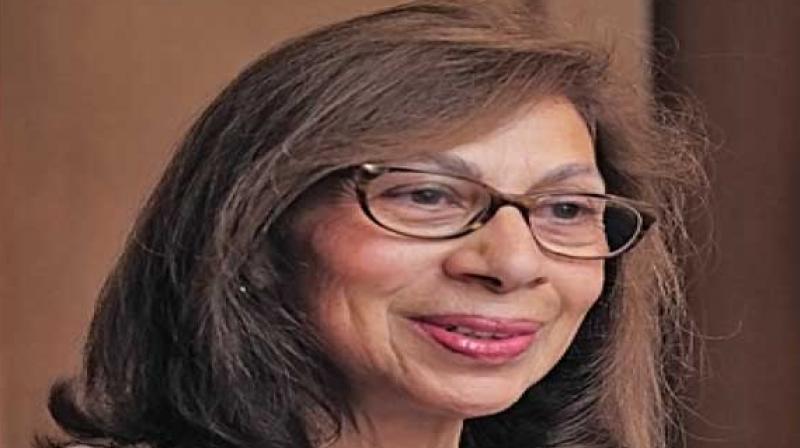 Mumbai: Smitha V Crishna of the Godrej Industries is the wealthiest woman in India while Kiran Majumdar-Shaw is the wealthiest self-made woman. The first edition of Kotak Wealth Hurun - Leading Wealthy Women 2018 found that the top 100 women in the list had an average wealth of Rs 4,000 crore.

Kotak Wealth Hurun estimated Crishna to own a wealth of Rs 37,570 crore. She owns one-fifth of the Godrej Group alongside her brothers. In 2014, she made news with the purchase of the bungalow belonging to the late atomic physicist, Dr. Homi J Bhabha, for Rs 371 crore.

Roshni Nadar, CEO and executive director at HCL, ranked second with Rs 30,200 crore. Roshni, who joined HCL in 2013 at the age of 28, is the daughter of Shiv Nadar, the founder of HCL. Chairperson of the Times Group, Indu Jain, ranks third with a wealth of Rs 26,240 crore.

Kiran Mazumdar-Shaw, founder and MD of Biocon, ranks fourth among the wealthiest women in India, with an estimated wealth of Rs 24,790 crore. The self-made entrepreneur started Biocon in 1978 and has led the biopharmaceutical company successfully in the field of complex APIs and molecular biology.

Shradha Agarwal, who ranks tenth in the list and owns Rs 8,200 crore, is the youngest self-made wealthiest woman.  In 2006, she co-founded Outcome Hea­lth, a healthcare technology and services company.

Others who found a place in the list of top 10 wealthiest women includes Kiran Nadar of HCL, Leena Gandhi Tewari of USV, Sangita Jindal of JSW Steel, Jayashree Ullal of Arista Networks and Anu Aga of Thermax.

The first of a kind, the report listing 100 wealthiest Indian women with a threshold above Rs 1,000 crore was released by Kotak Wealth Management in partnership with London-based Hurun Report, a luxury publishing and events group.

The list was made on basis of net worth of women as on June, 30, 2018 when the exchange rate Rs 68.47 to a dollar. The list related to Indians only, defined as born or brought up in India.