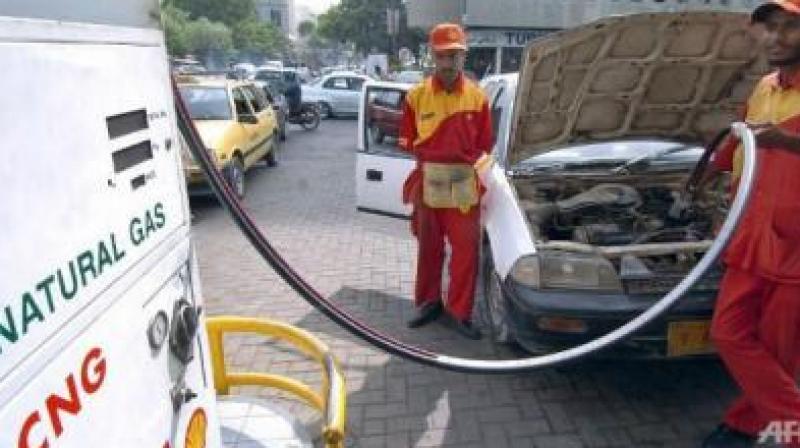 CNG is seen as a clean fuel.

Mumbai: Soon prices of Compressed Natural Gas or CNG may change everyday as government has decided to brought in dynamic pricing formula for the fuel after putting in place similar measure for petrol and diesel, TV reports said.

Recently, CNG has emerged as a major alternative fuel for petrol in most parts of the country. Majority of autorickshaws, taxis and public transport buses have converted their vehicles to CNG-compatible for saving on more money. Above all CNG has been considered as a clean fuel that does not contribute much to the pollution level.

Prices of petrol and diesel are set to change everyday all across the country from June 16. Some petrol dealers had threatened a strike over the dynamic pricing formula but have withdrawn their stir.

The strike threatened by fuel dealers was cancelled after intervention of petroleum minister Dharmendra Pradhan. Pradhan had briefed media about the decision and said that dealers associations have assured smooth transition to daily price change of petrol and diesel fuels.

The state-owned oil companies which are major players in selling petrol and diesel to the masses are working day in and day out to make all fuel stations automated as early as possible.

Federation of All India Traders Association, an umbrella organisation of petrol pump dealers, was behind the call for the strike.  A report in The Financial Express cited state-owned oil companies as saying that daily price revision will reflect changes in international oil prices.