The government is expected to participate in each of the share buyback programme of these PSUs. 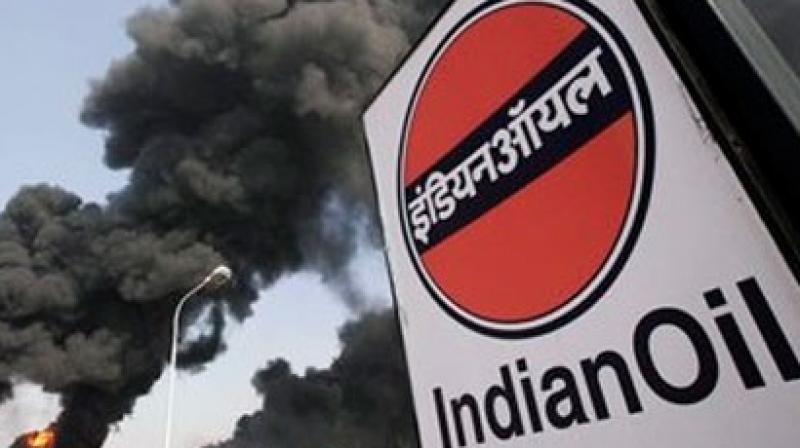 New Delhi: State-owned Indian Oil Corp (IOC) will buy back 29.76 crore shares for about Rs 4,435 crore and spend another Rs 6,556 crore on paying an interim dividend to shareholders as the government taps cash-rich PSUs to meet its budget deficit.

The board of the country's largest oil firm on Thursday approved buyback of up to 29.76 crore equity shares, or 3.06 per cent, at Rs 149 per  share, IOC said in a regulatory filing.

The buyback price is 8.6 per cent premium to Thursday's closing price of IOC stocks on the BSE. IOC closed 0.5 per cent higher at Rs 137.20 on the exchange.

The government, which holds a 54.06 per cent stake in the company, is expected to participate in the share buyback. The government is targeting a minimum Rs 5,000 crore through share  buyback offers of state-owned firms like Coal India, BHEL and Oil India. Besides IOC, at least half a dozen other central PSUs have disclosed share buyback programmes. Prominent among these include NHPC, BHEL, Nalco, NLC, Cochin Shipyard and KIOCL that could fetch the government a little over Rs 3,000 crore.

The government is expected to participate in each of the share buyback programme of these PSUs. IOC said its board has also declared an interim dividend of 67.5 per cent or Rs 6.75 per share for fiscal 2018-19.

The total dividend payout, excluding tax would be Rs 6,556 crore, of which the government will get Rs 3,544 crore plus the dividend distribution tax.

"The public announcement setting out the process, timelines and other requisite details will be released in due course in accordance with the Buyback Regulations," IOC said.

For interim dividend, IOC said the record date would be December 25 and the money will be credited to the account of the shareholders on or before December 31.

Last month, Oil India Ltd announced a buyback of 5.04 crore of its share for a little over Rs 1,085 crore.

The Department of Investment and Public Asset Management (Dipam), which has been set a target to raise Rs 80,000 crore for the government through stake sale in central public sector enterprises, had prodded all cash-rich PSUs to go for share buy­backs.PSUs having a net worth of at least Rs 2,000 crore and a cash balance of more than Rs 1,000 crore have to mandatorily go in for share buyback.