FIEO president exports data is not encouraging despite 5.17 per cent growth. 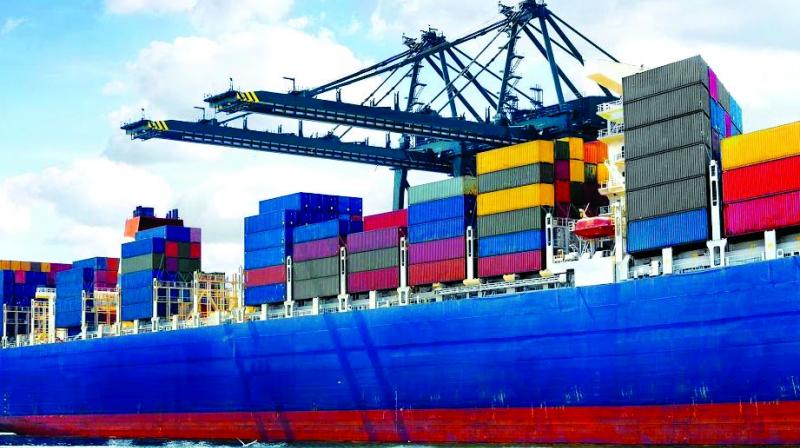 Taking merchandise and services together, overall trade deficit for FY18 is estimated at $80.61 billion as compared to $41.79 billion during FY17.

As per the data, oil imports during the month under review were valued at $10.41 billion, 41.5 per cent higher than the same month of previous year. This is mainly due to surge in crude oil prices and may pose a headache for the government in coming days.

Engineering, chemicals and pharma exports recorded a growth of 17.63 per cent, 38.48 per cent and 13.56 per cent  respectively during the month. Exports of petroleum products contracted by around 4 per cent in April.

In March, exports had dipped by 0.66 per cent to $29.11 billion. Federation of Indian Export Organisations (FIEO) president Ganesh Kumar Gupta said that the exports data is not encouraging. “Almost all the labour-intensive sectors of export including gems and jewellery, leather, jute manufacturing including floor covering, carpets, handicrafts, agri products and many other sector of exports, dominated by MSMEs are into negative territory” said Mr Gupta.

He said that these sectors are still facing the problem of liquidity as banks and lending agencies have continuously been tightening their lending norms and flow of GST refund has also slowed down. “This does not augur well for exports in the new fiscal,” said Mr Gupta.

He said that the overall cushion provided by the petroleum sector to exports in recent months is also not available in April as its own exports declined by 4.5 per cent.

The Fieo chief also expressed his concern on the rising trade deficit, primarily on account of swelling of crude imports bill with further northward movement of prices, which may add to inflationary pressures.

Mr Gupta said that the domestic issues including access to credit, cost of credit especially for MSMEs and pending GST refund affecting exports should be seriously looked into as global challenges and increasing protectionism, has also added to the woes of the exporters.