Business   Companies  16 May 2019  Promoters find it difficult to exit insurance business
Business, In Other News

The Indian insurers offer a return on equity (RoE) of 10-20 per cent compared to their Asian counterparts that offer RoE of 40-60 per cent. 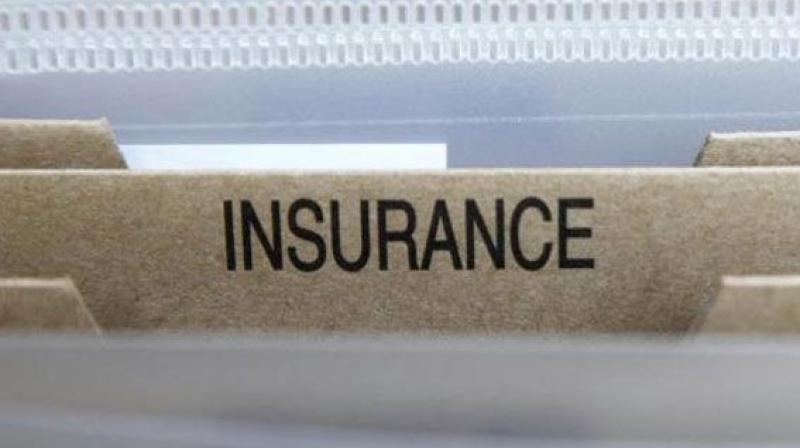 Sample this, the top five private life insurers today constitute 65 per cent of the private insurance market, while the remaining 18 private insurers have a combined market share of 35 per cent.

Mumbai: It has been more than 19 years since private sector companies were allowed to enter the life insurance sector. There are now 23 private sector life insurers operating in the market. However, despite investing a significant amount of capital in excess of Rs 36,000 crore, many life insurers continue to face headwinds on their future growth prospects and profitability.

Sample this, the top five private life insurers today constitute 65 per cent of the private insurance market, while the remaining 18 private insurers have a combined market share of 35 per cent. The Indian insurers offer a return on equity (RoE) of 10-20 per cent compared to their Asian counterparts that offer RoE of 40-60 per cent.

While several promoters are looking to divest either full or a part of their stakes in the businesses in recent years, they have been finding it difficult to offload the holdings, partly due to the joint venture structure of the business and partly due to high valuation expectations.

Sanket Kawatkar, Principal and Consulting Actuary at Milliman-- an international actuarial firm--in a recent report said, “As many as 15 promoters in 11 insurance companies may be interested in some form of divestment. However, to date, such attempts have not proved to be easy. There are many reasons driving the promoter appetite for divestment. For many promoters, there is a need for capital at the promoter level to fund other businesses.

“In some cases, the reason could be Indian management control. Other reasons could be lower margins and returns from their insurance business. Some domestic promoters may not be keen to stay invested in the life insurance sector.”

Ashvin Parekh, Managing Partner, Ashvin Parekh Advisory Services, agrees, “Insurers that are promoted by banks have an edge over other insurers in terms of distribution while those that do not have a bancassurance tieup are getting tired faster. There is another set of promoters that are finding the business giving low returns and so wish to exit.”

Parekh added: “For example, in March, Jammu and Kashmir Bank sold 2 per cent stake to Oman India Joint Investment Fund, as the promoter felt that while the banking business is giving an ROE of 20 per cent, the insurance business has a compounded ROE of less than 10 per cent. There are also several public sector banks that are keen to divest their stake as they need capital for the bank.”

However, given the promoters’ appetite for divestment, private equity (PE) investors may provide an avenue for divestment in some cases. In the last three years, several PE firms such as Carlyle, Warbug Pincus and KKR have bought stake in top life insurers, but the smaller insurers have largely been ignored by them.

Also, while many promoters/insurers have considered IPO as a possible route to divest/exit, given the nascent stage of their businesses, this is not a suitable route for most small and mid-sized players in the immediate future. So far only the top insurance players, namely SBI Life, ICICI Prudential Life, ICICI Lombard General Insurance, HDFC Life, New India Assurance and GIC Re, are listed on the stock exchanges.

“The cost of IPO is high. I don’t think the smaller life insurers (that do not have large banks as distributors) can consider an IPO as they have not achieved scale in the last 15-20 years, have high expense ratios, lower persistency ratios and hence their shareholders won’t get good valuations. While funds may invest, why would retail investors want to invest in an insurer that is ranked 18th in terms of market share,” remarked an analyst.

Says Kawatkar, “Divestment to PE firms is certainly one option, provided promoters are willing to moderate their valuation expectations and some of the hurdles in PE investments are ironed out. Other alternatives include merging with an existing listed life insurer or selling the businesses to a consolidator, provided the regulator allows such models. Promoters should carefully consider the various alternatives for consolidation, exit, or for continuation and the steps necessary to achieve an optimal outcome.”