IT sector will continue to hire and has added five lakh jobs in the last 2.5 years. 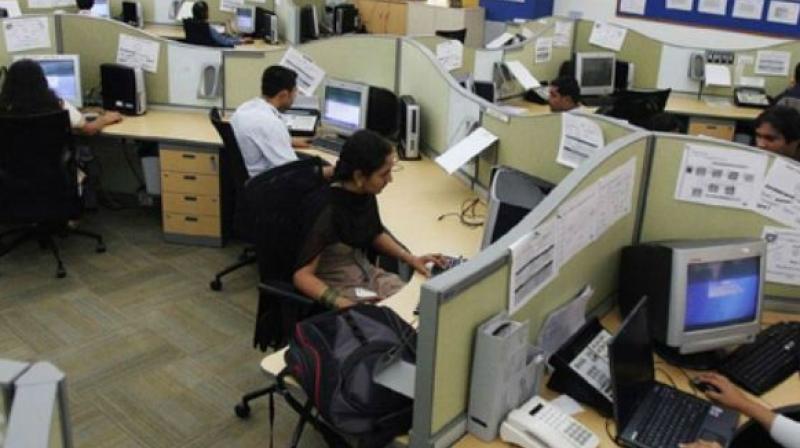 IT companies have assured that there is "nothing unusual" this year and decision to not renew some contracts were part of the annual appraisal process.

New Delhi: The government today sought to allay fears of large scale layoffs by tech firms in India saying the IT sector remains "robust" and is, in fact, moving beyond plain-vanilla back office services to highly skilled jobs.

IT Secretary Aruna Sundararajan said the IT companies have assured that there is "nothing unusual" this year and decision to not renew some contracts were part of the annual appraisal process.

"Some of the companies which have been named (as undertaking job cuts) have clarified that there is nothing big this year," she said on the sidelines of Broadband India Forum event. Over the past few weeks, there have been reports of layoffs across the IT sector.

Tech majors like Wipro, Infosys, Cognizant, and, more recently, Tech Mahindra have initiated annual performance reviews, a process that weeds out bottom performers or non performers. This has added to fears that thousands of employees in the sector could be shown the door over the next few weeks.

"As part of annual appraisals, they may not be renewing contract of some people but it is absolutely incorrect to assume that suddenly this year a large number of jobs are being shed," Sundararajan said.

Stating that the Indian IT sector will grow at 8-9 per cent this year, the IT Secretary exuded confidence that the industry will continue to hire in large numbers as new technologies like digital payments, cyber security, big data and cloud gain traction.

"Any report that is interpreting this change as a large scale loss of jobs in the IT sector would be factually misleading and incorrect," she said.

The IT Ministry's views echo with that of industry body Nasscom, which has been on an overdrive to assure the tech fraternity that the sector continues to be a "net hirer" with over 1.5 lakh people being employed on net basis every year.

In a statement issued last week, Nasscom had said that reports of mass layoffs were incorrect, and that workforce realignment, linked to performance appraisal processes, were a regular feature every year. Sundararajan today said that the IT sector will continue to hire and has added five lakh jobs in the last 2.5 years.

The issue needed to be looked at "holistically", she noted. The reports of large scale layoffs have compounded the worry in the industry, as the sector is already battling challenges in the business environment and stricter work permit regime in countries like the US, Singapore, Australia and New Zealand.