Cadila’s vaccine candidate, known as ZyCov-D, is one of dozens being developed around the world to fight the coronavirus pandemic 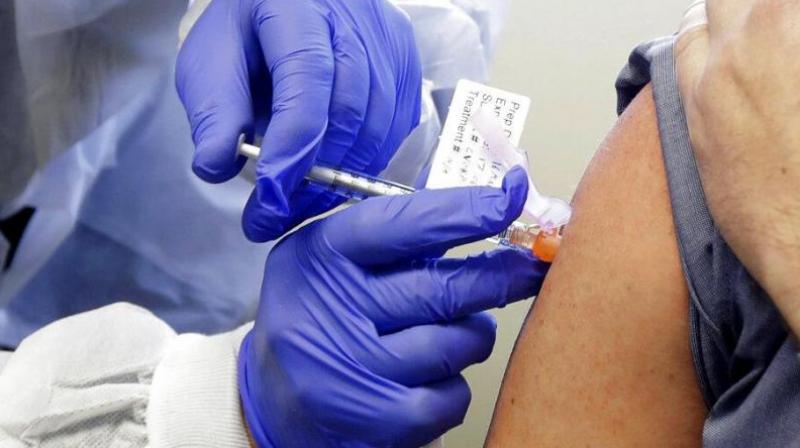 AHMEDABAD: India’s Zydus Cadila plans to complete late-stage trials for its novel coronavirus vaccine candidate by February or March 2021 and could produce up to 100 million doses a year initially if it is successful, the company chairman said Friday.

Cadila’s vaccine candidate, known as ZyCov-D, is one of dozens being developed around the world to fight the coronavirus pandemic.

“We are looking at about seven or a little more than seven months for the vaccine, provided the data is encouraging and the vaccine is proven to be effective during the trials,” Chairman Pankaj Patel told Reuters in an interview.

“We are also open to discussing partnerships with pharma companies in various geographies, but it is a bit premature right now, and we will be doing so at the end of Phase 1 and 2 trials,” he said.

Early-stage Phase 1 and 2 human trials are likely to be concluded in the next three months, he said.

Cadila, among India’s top 10 drugmakers by revenue, is also planning to produce the drug remdesivir that is in high demand globally after it showed promise in treating severe patients with COVID-19, the disease caused by the novel coronavirus.

Cadila was among several Indian firms that reached an agreement with the U.S. firm Gilead Sciences last month, gaining a license for developing countries, including India, to make and sell the drug.

Patel said Cadila had the capacity to produce up to 400,000 doses of remdesivir in the first month after it wins regulatory approval to make it in India.