The proposed plant will manufacture UHD milk, yoghurt and ghee besides normal milk. 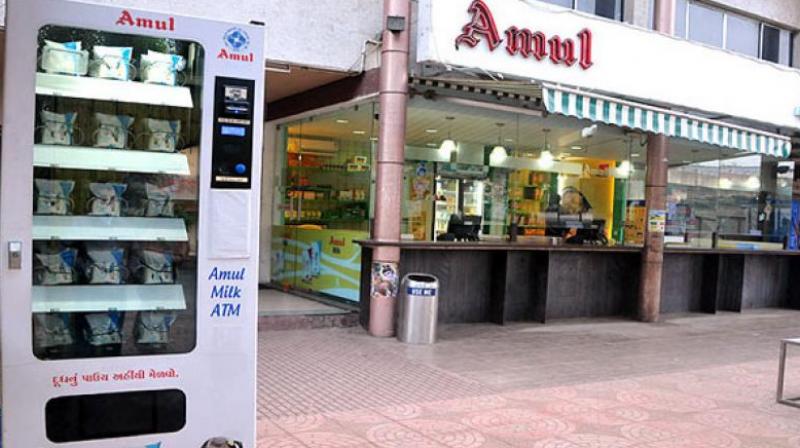 From 7.5 lakh litres of milk per day, it is projected that the demand will touch 20 lakh litres by 2020.

"We have got around 17 acres in the food park from West Bengal Industrial Development Corporation to set up our centralised milk processing plant in the country," Managing Director Amul Dairy K Rathnam said.

Work on the plant would start in 2017 and is expected to be completed by 2018-end, he said. The proposed plant will manufacture UHD milk, yoghurt and ghee besides normal milk.

"We have earmarked an investment of Rs 200 crore. We also plan to set up a spray dried milk manufacturing unit in the same location," Rathnam told reporters while inaugurating a cattle feed plant of India Dairy Ltd, one of the third party milk packaging units in the state.

He said Amul had emerged as the market leader in milk sales in and around Kolkata.

With the three third party operators including India Dairy, Amul was sending spray dried milk from Gujarat and also by procuring from local farmers. With an annual turnover of Rs 4,825 crore in 2015-16, it is projected to be around Rs 5,700 crore in the current fiscal.

India Dairy has set up a 200 tpd cattle feed plant meant for farmers in Amul's fold and also for selling in the market.