Swiss watch exports plunged 68% in May 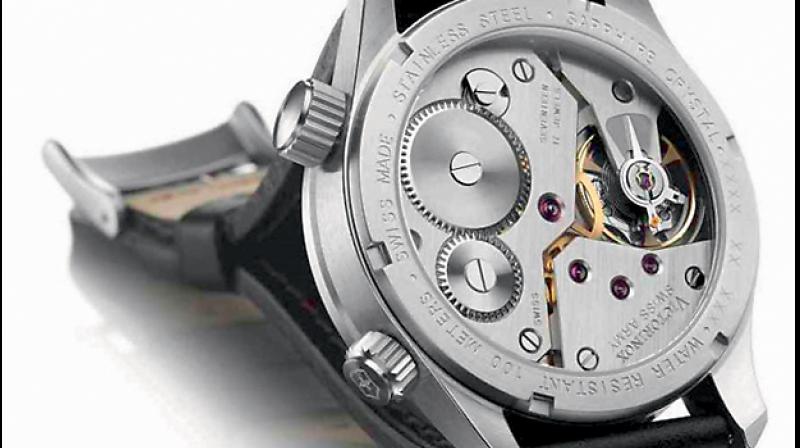 Swiss watchmakers expect fallout from the coronavirus pandemic will have a lasting impact on demand for watches. (AFP Photo)

ZURICH: Swiss watchmakers expect fallout from the coronavirus pandemic will have a lasting impact on demand for watches, which could mean job cuts later in the year, industry representatives told Reuters.

Swiss watch exports plunged 68% in May, as COVID-related store closures led to a sales collapse in major markets, along with the impact of protests in the United States and Hong Kong.

The Swiss Watch Federation described May as a “second month of quasi-paralysis” in a statement on Thursday. Exports in April were down 81%.

Francois-Henry Bennahmias, chief executive of high-end watch brand Audemars Piguet said: “It’s not that nobody wants to buy watches anymore, but in the after-COVID era many people will consume less, they will be more selective.”

He told Reuters he was most worried about the United States, the biggest market for Audemars, one of the last remaining independent Swiss watch brands. Bennahmias said he expected sales in general to fall by up to 25% this year, below the 1 billion Swiss franc ($1.05 billion) mark achieved last year.

Joris Engisch, head of watchmaker Singer, said the industry was just beginning to feel the pain. “Half of all the watches we sell go to Chinese customers and they won’t start travelling again soon,” he said.

“We have not had a single new order in three months. We’ll have to shut down completely for several weeks this summer,” he said, adding that smaller subcontractors with lower margins would struggle even more.

“I’m optimistic for the long term, but quite pessimistic for the end of the year, we’ll have one or even two extremely difficult years,” he said. “Companies will start laying off staff if they don’t see positive signals after the summer.”

Raphael Thiemard, who looks after the watch industry at Swiss union Unia, said he expected to see job cuts after the summer holidays.