Murthy, who had infamous run-ins with current management led by Vishal Sikka quit the company in 2014. 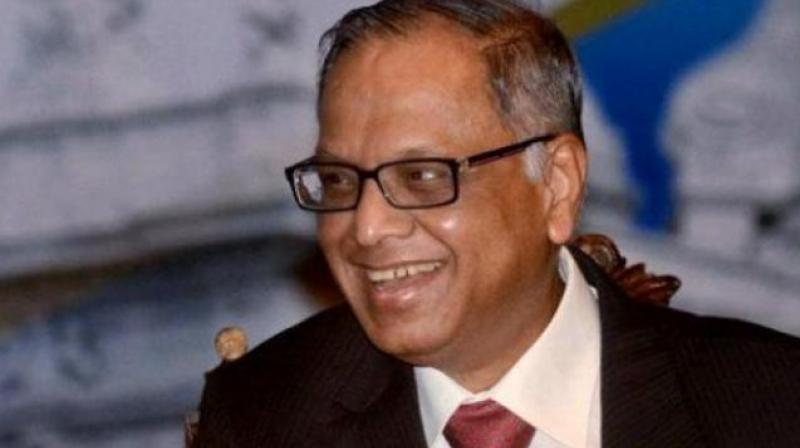 Co-founder and former chairman of Infosys, Narayana Murthy said he regrets quitting as chairman of the company.

New Delhi: N R Narayana Murthy on Monday said he regrets quitting as chairman of Infosys in 2014 and should have listened to other co-founders of India's second largest software exporter firm and stayed on.

Mr Murthy, who had infamous run-ins with the current management led by Vishal Sikka over corporate governance issues, however said he did not miss being in the campus daily.

Opening up about his biggest regrets - personal or professional, he recounted that "a lot of my founder colleagues told me not to leave Infosys in 2014, to stay a few years".

"Generally, I find that I am a very emotional person. A lot of my decisions are based on idealism and probably, I should have listened to them," he told CNBC TV18.

However, Mr Murthy did clarify that he did not miss being in the campus daily.

In 2014, 33 years after starting Infosys, Mr Murthy bid farewell to the company he had set up with six other co-founders. Mr Murthy had the longest run of about 21 years as CEO before passing on the baton to Nandan Nilekani and then S Gopalakrishnan and S D Shibulal. In October 2014, former SAP board member Vishal Sikka took over as CEO.

Mr Murthy, by then, was serving a second stint at Infosys as Chairman. While he was appointed as Chairman Emeritus with effect from October 11, 2014, Mr Murthy turned down the offer.

However, over the last few months, Mr Murthy has been very vocal in criticising Infosys management on a slew of issues, including alleged lapses in corporate governance, CEO salary package and severance pay to former employees.

In the interview, the IT veteran termed the listing of the country's second largest software services firm on Nasdaq as his biggest success story.

"I think sitting on those high stools at Nasdaq when we got listed, when we became the first Indian company to be listed on Nasdaq, and borrowing the words of Neil Armstrong to say that it is a small step for Nasdaq, but a giant leap for Infosys and the Indian software industry. I think that was the best," he said.