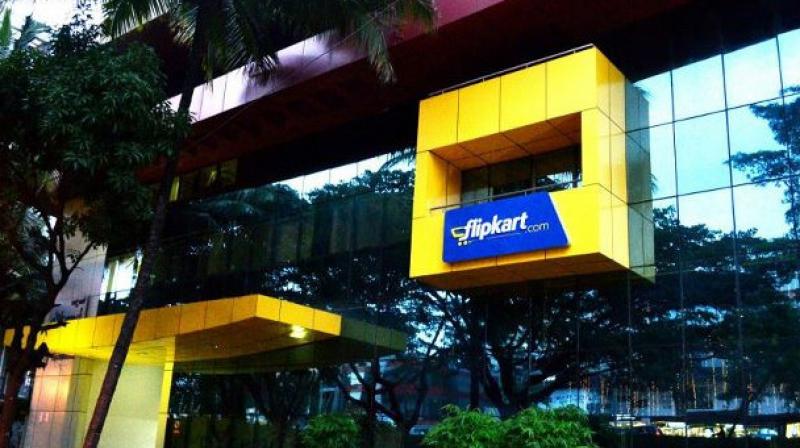 Flipkart is planning to relaunch its loyalty programme to counter Amazon Prime and may also take up 8 to 10 per cent stake in Kishore Biyani's Future Lifestyle Fashions. (Photo: PTI)

Mumbai: The e-commerce battle between Amazon and Flipkart is set to intensify as the latter is planning to relaunch its loyalty programme called “Flipkart First” to counter the growing popularity of Amazon Prime, said media reports.

According to a report in Livemint, the homegrown e-commerce biggie Flipkart’s plans to relaunch its loyalty programme comes as Amazon Prime’s services threaten its rivals.

Flipkart First was launched a few years ago but it did not find much taking with the consumers due to lack of focus from the company.

Amazon Prime was launched in 2016, amidst the raging e-commerce battle with Flipkart. It soon drew great support and nearly 30 percent ordersare now placed via the loyalty programme.

Amazon Prime services offer one-day and two-day delivery in more than 100 cities at an introductory membership of Rs 499 a year. Since then, Amazon has added wide services via its Amazon Prime Video.

This development comes amidst reports that Flipkart is mulling partnering with BookMyShow and MakeMyTrip to provide its consumers with variety of internet services.

Flipkart, which recently raised USD 3 billion is leaving no stone unturned to expand its consumer base. As reported by Economic Times, Flipkart is also planning to buy 8-10 percent stake in Kishore Biyani's Future Lifestyle Fashions. The management of both companies met last week and follow-up meetings will happen post Diwali. Flipkart is also likely to enter a deal with Myntra.

These reports surface after Amazon, last month, picked up 5 percent stake in retail store Shoppers Stop to expand its reach to smaller towns.