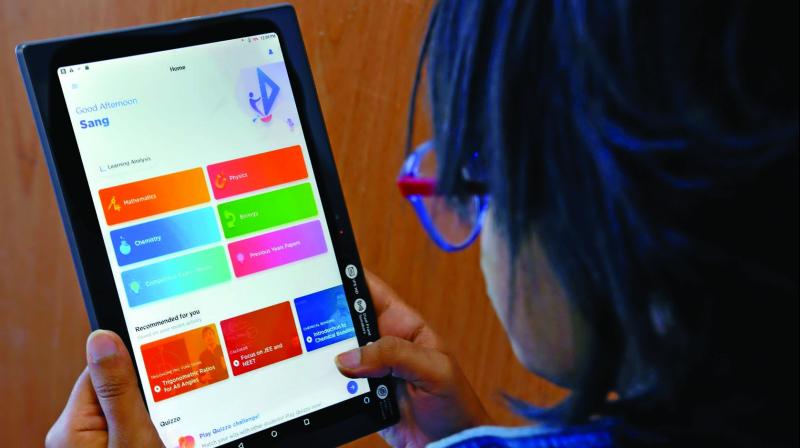 Think and Learn, the holding company of edu-tech start-up Byju’s has grown its revenues by 177 per cent and cut its losses in FY19.

Chennai: Think and Learn, the holding company of edu-tech start-up Byju’s has grown its revenues by 177 per cent and cut its losses in FY19.

At the end of FY19, the consolidated revenue of Think and Learn stood at Rs 1,305 crore against Rs 471 crore in the previous fiscal. Net loss for the fiscal was Rs 8.82 crore against Rs 37.15 crore in FY18, according to the financial statement accessed by PaperVC and seen by Financial Chronicle.

“Expanding our base across smaller towns and cities and introducing new products have been pivotal to our growth,” Byju’s Chief Operating Officer Mrinal Mohit said.

Mohit said in the current financial year, the company is on track to double its revenue to Rs 3,000 crore.

“We will also be launching Byju's Online Tutoring which will further accelerate growth and profitability in the coming year," he said.

Specadel Technologies is into online tutoring, publishing, and marketing educational products. Infiken Internet Labs, does the information technology related activities. Span Thoughtworks Private Limited is engaged in the business of research, development (R&D) and delivery of career development content and services via internet, TV and radio.

Think and Learn Inc, a 100 per cent subsidiary of the Parent, incorporated in April 2017, provides K12 learning app, which offers learning programmes for students in classes K12.

Byju's K3 Education, incorporated in August 2018, trains students in India and abroad for various educational programmes and does R&D for products of teaching aids to supplement education through mediums like internet, television and computers.

Delaware-based Byju's Inc is is also an education technology company incorporated for the development of learning apps which offer highly adaptive, engaging and effective learning programmes for students in the US. Tangible Play, Inc, incorporated in Delaware, is headquartered in Palo Alto, California. It is an educational gaming company.