The airlines 450-odd employees are literally at the crossroads amid worsening financial situation. 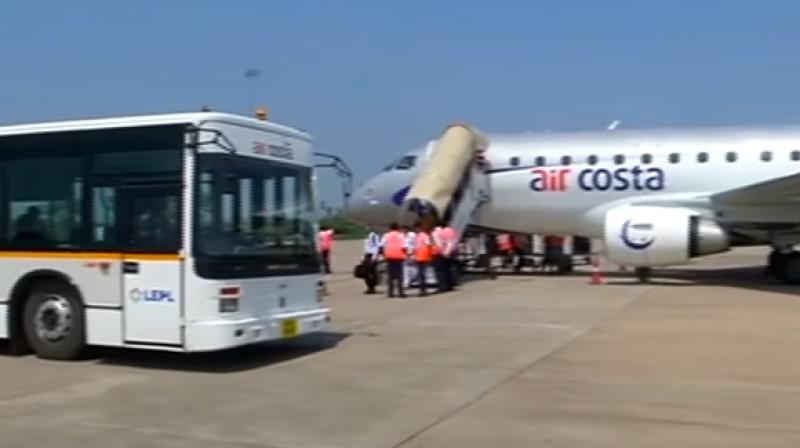 New Delhi: Embattled Air Costa has seen anexodus of employees, including 40 pilots, in the last few weeks over non-payment of salaries. The airline, which has cancelled bookings till May, is scrambling for funds to restart its operations but is yet to make much headway in roping in investors.

Air Costa's 450-odd employees are literally at the crossroads amid worsening financial situation, and industry executives apprehend there could be a replay of erstwhile Kingfisher Airlines -- whose shuttering in 2012 had rendered hundreds of people jobless.

Faced with cash crunch and financial issues with the aircraft lessors, Vijaywada-based Air Costa has not flown since February 28. A source said employees have not been paid salaries for the month of February while more than half of the staff have not received any payment since January.

Air Costa first suspended its operational in August 2016 after aircraft lessor GE Capital Aviation Services taking back one of the three-leased Embraer planes as the airline failed to pay lease rentals.

At that time, the regional carrier had over 600 employees on its roll. Since then, around 150 people, including the 14 commanders and 30-odd first officers have quit, the source said.

"These people have also not been paid along with the 450 existing staff. The way promoters have announced halting of operations till May seems this airline is also going the Kingfisher way," a senior Air Costa employee said on condition of anonymity.

According to the source cited earlier, Air Costa promoters had "promised" to pay the pending salaries for the months of January and February by March 15, but they "failed" to keep their word.

The airline's monthly wage bill stands at around Rs 4 crore. The source said the airline requires around Rs 200 crore funds to take-off the ground once again. "However, the investors with whom the airline is in talks to raise funds are not established players. This is also the reason why discussions with them are not making much headway," the source added.

When contacted, the airline's spokesperson Kavi Chaurasia said, "Air Costa is making all efforts to garner funds and resume operations at the earliest". Prior to suspending its flight services, Air Costa had been operating 16 flights per day to eight destinations. Currently, the airline has a fleet of two-leased aircraft -- Embraer E190, which can carry over 100 passengers.