The Supreme Court had last month held Ambani in contempt for not paying Ericsson's dues despite promising to do so. 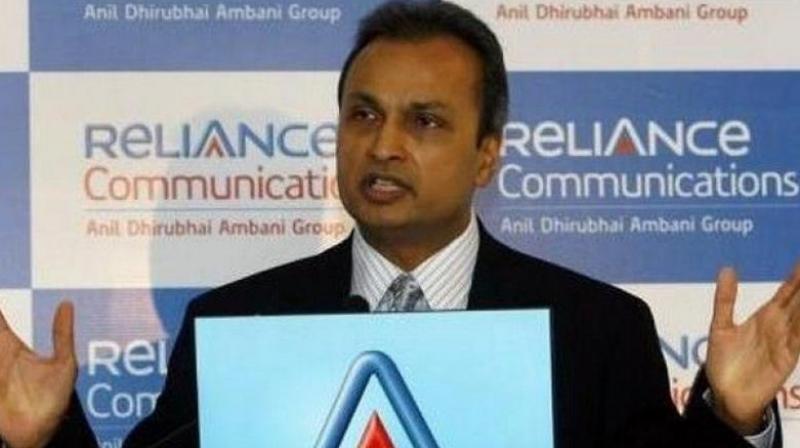 "My sincere and heartfelt thanks to my respected elder brother, Mukesh and Nita, for standing by me during these trying times, and demonstrating the importance of staying true to our strong family values by extending this timely support. I and my family are grateful we have moved beyond the past, and are deeply touched with this gesture," he said in a brief statement issued through the company spokesperson.

The statement said RCom has made requisite payment of Rs 550 crore and interest thereon to Ericsson. RCom had paid Rs 118 crore previously to the Swedish telecom gear maker. The Rs 458.77-crore paid by RCom on Monday includes interest.

The Supreme Court had last month held Ambani in contempt for not paying Ericsson's dues despite promising to do so. It had threatened to send the billionaire as well as Chhaya Virani and Satish Seth - chairmen of two RCom units, to jail if they fail to pay the dues in four weeks.

Meanwhile, in a regulatory filing, the company said the deal to sell RCom assets to Reliance Jio Infocomm has been called off.

"The said transactions have become incapable of being consummated in accordance with the terms thereof, on account of various factors and developments since the execution of the said agreements nearly 15 months ago...," RCom said.

The reasons included non-receipt of consents / objections from RCom's over 40 foreign and Indian lenders in relation to the proposed transactions even after 15 months and over 45 meetings, as well as the non-receipt of permissions and approvals from the telecom department.

Ericsson had moved a bankruptcy court in 2017 alleging it had not been paid dues of around Rs 1,600 crore after signing a deal in 2013 to operate, maintain and manage the telco's nationwide network. It extracted a personal guarantee from Ambani to pay the dues.

But repeated failure by RCom to comply with the promise and Ambani's personal guarantee landed him in trouble last month when the Supreme Court held him in contempt.