Dabangg 3 is one of the much-awaited movies by Salman Khan Fans, and it is expected to break box office records. 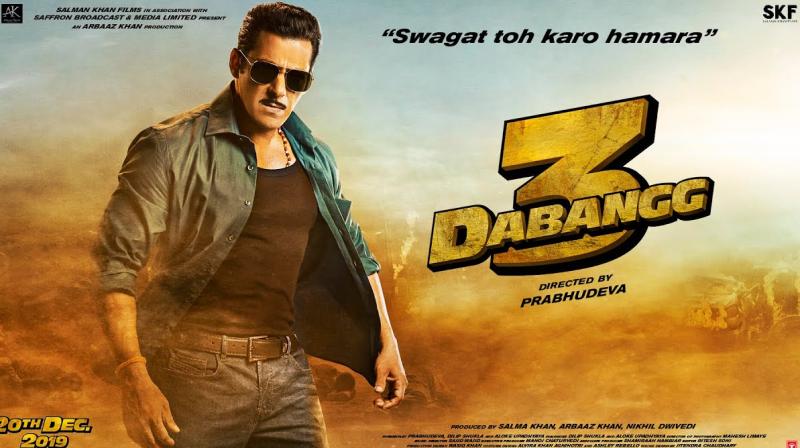 As part of the campaign, the debutante ‘Saiee Manjrekar’ will also collaborate with the top five Likee users to create entertaining videos.

New Delhi: Likee, the pioneering global short video creation platform from Singapore based BIGO Technology has partnered with Salman Khan Films (SKF) to promote Dabangg 3 as the film's Digital Partner. Dabangg 3 is one of the much-awaited movies by Salman Khan Fans, and it is expected to break box office records. Likee users have a tremendous opportunity to interact with Salman Khan and Sonakshi Sinha and support the lead actors by participating in Likee's #HudHudDabanggChallenge, via the official SKF Likee account and also through their other social profiles.

As part of the campaign, the debutante ‘Saiee Manjrekar’ will also collaborate with the top five Likee users to create entertaining videos.

Aparna Desai, Marketing Head, Salman Khan Films, said "It is great to have Likee App on board as the digital partner for Dabangg 3. Likee is known to create interesting magic effects and stickers and they are creating something really cool for Dabangg 3 as well that will let the audience feel connected to the film. We also received a great response to the #HudHudDabanggChallenge on the Likee App and people have been sharing some innovative videos.”

As a leading short video platform, Likee will expand the horizons for SKF team to connect with their target audience and magnify the excitement around the movie among the young movie enthusiasts. Such Collaborations are in line with Likee’s aim of providing valuable content to the Indian youth, who connect deeply with Bollywood movies and actors.

Likee is available in different Indian languages like Hindi, Tamil, Marathi, Telugu, Gujarati, Bengali, Kannada, Malayalam and Punjabi. In 2019, Likee had also won the Guinness World Record for creating the 'Largest online video album of people waving a flag in India' during its 'No matter where I am, #IAMINDIAN' campaign. The campaign saw more than 1 lac Indians participating in celebrating India's 73rd Independence Day.