Telecom stocks bounce back on hopes of relief 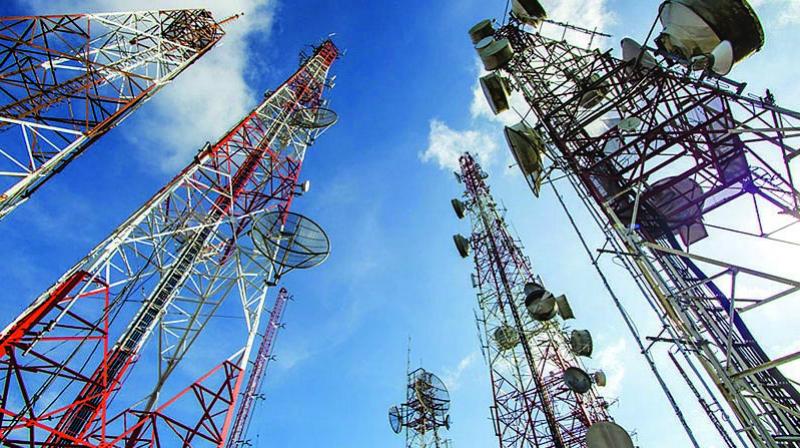 Reports said the Department of Telecommunications (DoT) is still working on the final AGR dues that the service providers have to pay, as it has detected variations in the accounting practices adopted by different telecom circle offices.

Mumbai: Telecom stocks bounced back on Wednesday on expectations that some government relief to the telcos on the hefty adjusted gross revenue (AGR) dues would be forthcoming.

Reports said the Department of Telecommunications (DoT) is still working on the final AGR dues that the service providers have to pay, as it has detected variations in the accounting practices adopted by different telecom circle offices.

Vodafone Idea shares gained close to 40 per cent on Wednesday from the closing price on Tuesday, when the stock had come under huge selling pressure over doubts the company’s ability to pay the huge dues.

"The department has been facing a challenge in carrying out the revised assessments due to various issues related to debit voucher reports (DVRs). Telecom operators, including Airtel and Vodafone Idea, have challenged many DVRs,” said an agency report, quoting an unnamed official.

"Also, circle offices have not adopted uniform practice in accounting. The DoT has asked them to re-verify DVRs at the earliest in the light of Supreme Court judgement," the official reportedly said.

Telecom operators have been submitting two separate audited details of deduction towards interconnection usage charges and roaming fee to the DoT. In one set, they have been claiming deductions on a paid basis and in the other, on an accrual basis.

"DoT noticed that many Controllers of Communication Accounts have been cherry picking the figures claimed by telecom operators in their final DVRs. In some cases, DoT guidelines regarding deduction verification issued in 2014, 2015 and 2016 have not been followed. There have been cases where one CCA has allowed one kind of deduction and another has disallowed,” the official said.