The government has budgeted to raise Rs 90,000 crore from disinvestment in the current financial year. 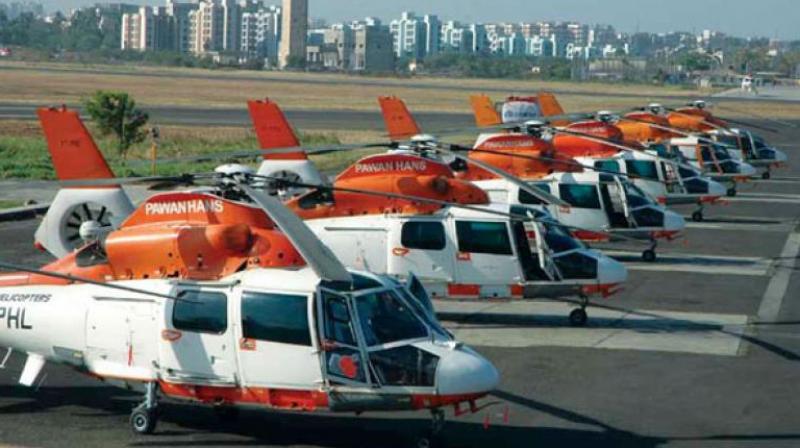 New Delhi: After a botched attempt for sale of Pawan Hans, the government is likely to issue a fresh bid document by the end of this month and provide indemnity to the potential buyers against contingent liability of about Rs 500 crore in the helicopter service company.

The government has decided to make the bid document more attractive after discussions with investors on their concerns as the sale process of Pawan Hans failed to attract any suitor when bidding ended on March 6.

"The fresh preliminary information memorandum (PIM) would be issued by end of May. It has been decided to indemnify the investors of the contingent liability of Rs 500 crore which relates to disputed tax demand," an official source told PTI.

The government holds 51 per cent stake in helicopter service provider Pawan Hans, and the remaining 49 per cent is with Oil and Natural Gas Corporation (ONGC).

A total of 100 per cent stake in Pawan Hans, which has a fleet of 46 choppers, have been put on the block. Another source said that as per estimates of advisers to the deal, a 100 per cent stake sale could fetch about Rs 1,000 crore to the government.

In April last year, the government had issued the information memorandum for the 51 per cent strategic stake sale in Pawan Hans and had sought expression of interest (EoI) from interested bidders by June 18. Thereafter, the ONGC board in July decided to combine its 49 per cent stake in the offer for sale by the Centre. Following this, in August, the government invited fresh EoIs from entities saying that along with its 51 per cent stake, the bidders will also have the option to buy ONGC's stake of 49 per cent in the company.

The last date for submission of EoIs was September 12. However, the total number of bidders have not made public to maintain confidentiality of the bidding process.

In February this year, the government shared the final share purchase agreement with the shortlisted bidders of Pawan Hans and asked them to submit their financial bids by March 6.

The government has budgeted to raise Rs 90,000 crore from disinvestment in the current financial year, up from about the Rs 84,972 crore mopped up in previous financial year.