Cabinet to take a call on Air India: Jayant Sinha

The debt-laden Air India is staying afloat on taxpayers' money. 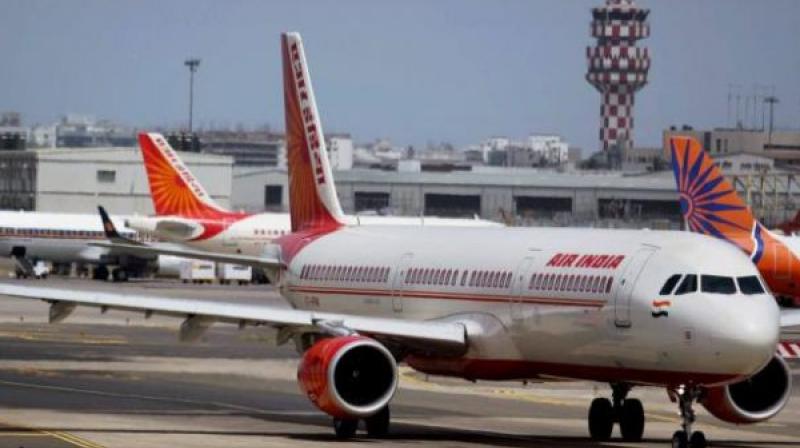 Air India is a national carrier.

Mumbai: Inter-ministerial consultations on the future course of action for Air India have been completed and the Cabinet would decide on how best to move forward, Union minister Jayant Sinha said today.

The debt-laden Air India is staying afloat on taxpayers' money and the government is looking at all options for its revival, including privatisation.

"We are going through the analysis process. Those recommendations are with the Cabinet right now and the Cabinet will take the process forward," Sinha told reporters here.

The minister of state for civil aviation was responding to queries on NITI Aayog's proposal for complete privatisation and suggestions from other quarters about sale of assets of Air India.

Without disclosing specific details, he said there have been a number of discussions for many months now as far as Air India is concerned.

"All appropriate action and in fact concerns have been (discussed) at the inter-ministerial level and they are being summarised and presented to the Cabinet, which will take into account when it goes through that discussion process," Sinha said.

Asked about possible privatisation of the national carrier, the minister said all options are on the table and it is for the Cabinet to take a decision on how best to move forward.

Recently, Finance Minister Arun Jaitley said the civil aviation ministry has to explore all possibilities "as to how the privatisation of Air India can be done".
Air India, which has more than Rs 2,000 crore debt burden, is surviving on a Rs 30,000-crore bailout package extended by the previous UPA government in 2012.

Government think-tank NITI Aayog has recommended to the Prime Minister's Office a "complete" privatisation of the airline. However, senior Air India officials have been of the view that the airline has enough assets to back its debt and
the government should not go for a "distress" sale or  hand over the airline to a private player on a platter.