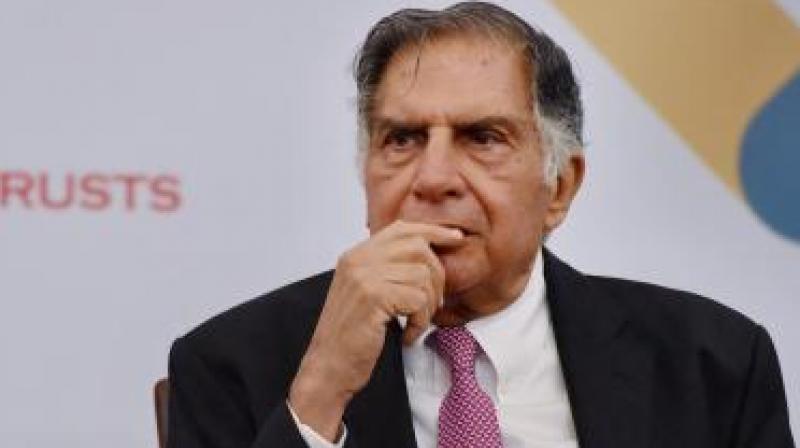 Ratan Tata has been at helm of Tata Group affairs for over four decades.

Mumbai: Tata Group that had founded and ran Air India as Tata Airlines before it was nationalised in 1952 has asked a number of questions about the proposed privatisation of the ailing national carrier.

A report carried by in the Hindustan Times claims that Tata Group has sought details on planned sale of Air India during informal discussion. Tatas had founded Air India in 1932 as Tata Airlines and first flight took off from Karachi to Mumbai.

“They have asked us how do you want to do it, what will you do with debt, what will happen to the subsidiaries,” HT quoted an unnamed government official as saying.

A decade ago, the troubled national carrier had acquired Indian Airlines and since then it has been flying in tough weather. Air India has not registered a net profit since then in its performance results.

The Union Cabinet had approved Air India's strategic sale at its June 28 meeting. Since then a few private players have shown their interest in buying the airline. However, a huge debt of Rs 52,000 crore that includes a Rs 30,000 crore bailout package has kept possible buyers at bay.

Indian aviation sector has been going through a tough weather due to arrival of a number of no-frills carrier. IndiGo run by InterGlobe Aviation is the only domestic carrier that has registered substantial amount of profits over the past few years.

IndiGo has already shown its interest in buying Air India's international business. The Tata Group has been directed by a government official to approach ministries concerned with their queries.

According to the report, Finance Ministry, Transport Ministry, Railway Ministry, Power Ministry and finally the Civil Aviation Ministry would take a final call on any decision about Air India's privatisation.