Business   Companies  20 Oct 2017  Google, Facebook, Microsoft to lobby for residency for immigrants in US
Business, Companies

Google, Facebook, Microsoft to lobby for residency for immigrants in US 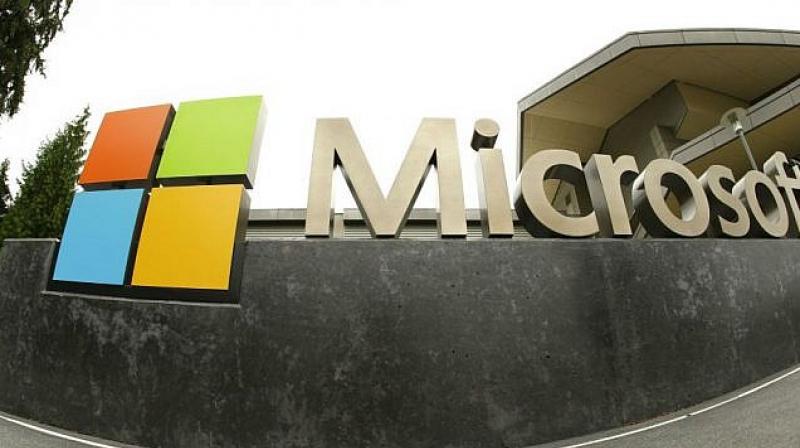 Microsoft is one of major tech companies in US. (Photo: AP)

San Francisco: Nearly two dozen major companies in technology and other industries are planning to launch a coalition to demand legislation that would allow young, illegal immigrants a path to permanent residency, according to documents seen by Reuters.

The Coalition for the American Dream intends to ask Congress to pass bipartisan legislation this year that would allow these immigrants, often referred to as “Dreamers,” to continue working in the United States, the documents said.

Intel, Uber and Univision Communications Inc confirmed their membership, but the other companies did not immediately comment. It is possible that plans to launch the group could change.

“We’re pleased to join with other organizations in urging Congress to pass legislation to protect Dreamers,” Intel spokesman Will Moss said in a statement.

Matthew Wing, a spokesman for Uber, said, “Uber joined the Coalition for the American Dream because we stand with the Dreamers. We’ve also held town halls, provided legal support and launched an online Dreamer Resource Center for any of our drivers.”

The push for this legislation comes after President Donald Trump’s September decision to allow the Deferred Action for Childhood Arrivals (DACA) program to expire in March. That program, established by former President Barack Obama in 2012, allows approximately 900,000 illegal immigrants to obtain work permits.

Many of the companies that endorsed that letter are named as joining the new coalition. The group has planned to take out ads in news publications, though this is subject to change, according to an email last week seen by Reuters.

“Dreamers are part of our society, defend our country, and support our economy,” said one of the coalition documents, which is being shared by the group to recruit additional companies.

A signup form for the group said 72 percent of the top 25 Fortune 500 companies employ DACA recipients.

Trump campaigned for president on a pledge to toughen immigration policies and build a wall along the U.S. border with Mexico. He has left the fate of DACA up to Congress.

Action may come in December, when Congress must pass a spending bill to keep the U.S. government open. Democrats have considered insisting on help for the Dreamers as their price for providing votes that may be required to prevent a government shutdown.

“No politician wants to go home for the holidays and read stories about how this is going to be DACA recipients’ last holidays in the U.S.,” said Todd Schulte, president of FWD.us, in an interview earlier on Thursday. He declined to comment on the new coalition.

“You will see this continue to escalate until the end of the year,” he said.