Voice calls made from the 4G VoLTE feature phone will always be free and it will be available in 24 Indian languages. 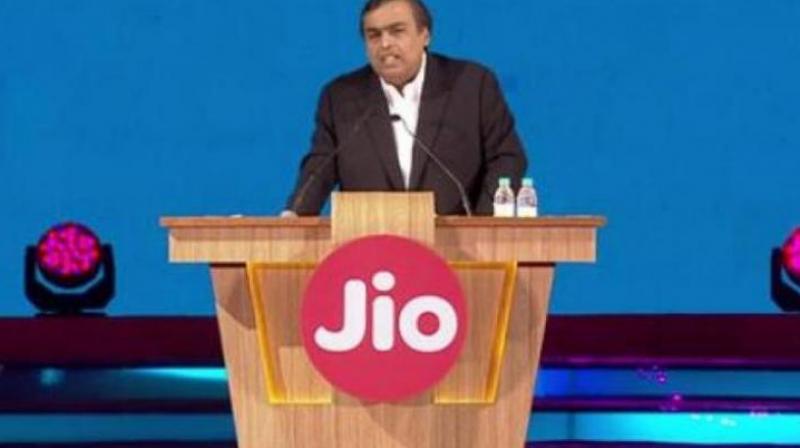 In tune with Prime Minister Narendra Modi's idea of a 'Digital India', Ambani announced "Digital Freedom for all" by launching the 4G VoLTE feature phone or "JioPhone" for Rs 0. He said, "This is how Jio will end digital exclusion in India".

The feature phone will be available in 24 Indian languages and voice calls made from this phone will always be free. JioPhone users will have access to unlimited data.

A "fully refundable, one-time" security deposit of Rs 1,500 will be collected to avoid misuse of the JioPhone.

Ambani dedicated the JioPhone to the nation on "the joyous occasion of India's 70th anniversary" its freedom. He said, "Jio will democratize the digital culture in India".

#RILat40
Jio will be the greatest accelerator of the Bharat-India connectivity: Mukesh Ambani

Ambani said, "We are targeting to have 5 million JioPhones a week". He added that from the last quarter of 2017, all JioPhones will be made in India, thereby making 2G phones "obsolete" in India. Pre-booking service for the phones will start from August 24.

The chairman also said that before Jio's launch, India ranked 155th in the world  in mobile broadband penetration. Today, he said that Jio has brought about a revolution by making India "Number one in mobile data consumption", overtaking the US and China in the process.

He further said Jio adds 7 customers per second every single day and has recorded a 125 million customer base as of today. Jio users, he said, make more than 250 crore minutes of voice and video calls every single day.

#RILat40
This was the fastest adoption of any technology service, anywhere in the world. Faster than Facebook, WhatsApp, Skype:Mukesh Ambani

Ambani went on to predict that in the next 12 months, Jio services will cover 99 per cent of India's population. He further said Jio will create a huge 4G market in the next three years.

#RILat40
It took 25 years for our competitors to build 2G network. Jio will have created a larger 4G network in just 3 years: Mukesh Ambani

#RILat40
We are grateful to @PMOIndia's Digital India,which allows benefits of technology to be passed on to Indian customers: Mukesh Ambani

Ambani also said that he dedicates RIL's performance to his late father and the founder Dhirubai Ambani.