Appellate tribunal has granted waiver to Mistry firms in the filing criteria of having 10 pc shares of company. 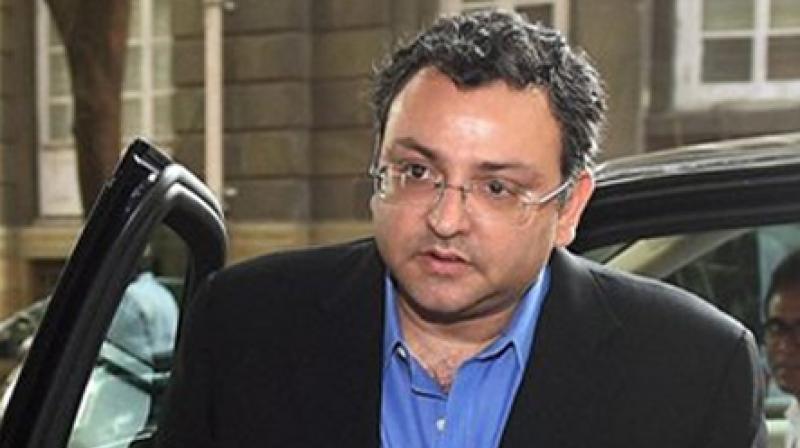 New Delhi: Ousted Tata Sons chairman Cyrus Mistry on Thursday said the NCLAT judgement has vindicated his stand while Tata Sons said the allegations made by the petitioners are incorrect and it will defend its position at appropriate legal forums.

The National Company Law Appellate Tribunal (NCLAT) on Thursday allowed plea by Mistry firms seeking waiver in filing case of oppression and mismanagement against Tata Sons. It, however, dismissed Mistry's other petition on maintainability.

On the judgement, a statement issued by Mistry's office said: "The ruling of the NCLAT is a welcome vindication of what we have stood for and the values for which we are pursuing the petition against oppression and mismanagement of Tata Sons Ltd."

A Tata Sons spokesperson said: "We strongly believe that the allegations made by the petitioners are without basis and incorrect. Tata sons will continue to defend its position at all appropriate legal forums."

In today's ruling, the appellate tribunal has granted waiver to Mistry firms in the filing criteria of having 10 per cent shares of the company. It has directed the Mumbai bench of the National Company Law Tribunal (NCLT) to issue notice to the respondents and proceed on the matter.

A bench headed by Chairperson Justice S J Mukhopadhaya asked the NCLT to dispose of the matter in three months. The tribunal had concluded its hearing on July 24 and reserved its judgement. Tata Sons said it has taken note of the order of the NCLAT and will examine so.

The statement issued by Mistry's office further said: "We will continue to pursue the highest standards of corporate governance and demand complete transparency of the group for the benefit of all the millions of shareholders, and indeed, the employees of the Tata Group companies." These are proceedings to protect and reinforce the values for which the founders of the Tata Group have given us the legacy that we should strive never to lose."

The Companies Act mandates that a petitioner should hold at least one-tenth of the issued share capital of a company or represent 10 per cent of the total number of members to file cases alleging mismanagement and oppression of minority shareholders.

Mistry was ousted as Tata Sons chairman on October 24, 2016, and was also removed subsequently as director on the board of the holding company on February 6, 2017.