India is the world’s fastest-growing market for air travel and budget airlines. 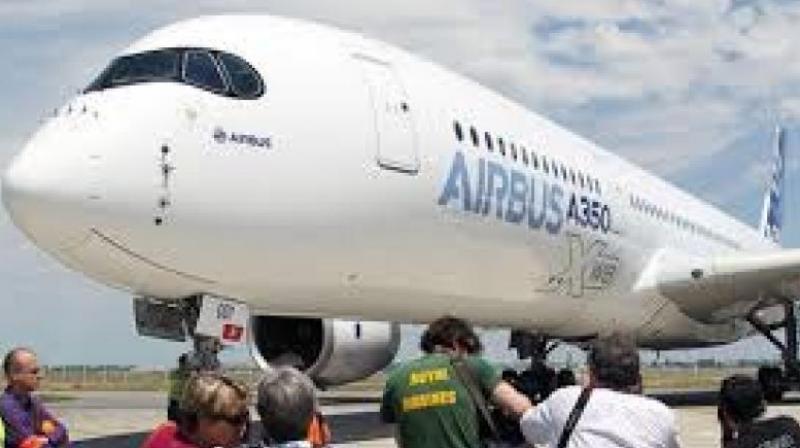 IndiGo and SpiceJet placed their plans to order widebody jets on hold, opting instead to launch more global flights with their fleets of A320s and Boeing 737s narrowbodies.

Bengaluru: Airbus SE is pushing for fast-growing Indian budget carriers to make the leap into low-cost, long-haul widebody operations to compliment their existing narrowbodies, an executive from the planemaker said.

India is the world’s fastest-growing market for air travel and budget airlines led by Interglobe Aviation Ltd’s IndiGo have been looking to add more overseas routes.

But as profits slumped last year amid high oil prices, a weak rupee and rising competition, IndiGo and SpiceJet placed their plans to order widebody jets on hold, opting instead to launch more global flights with their fleets of A320s and Boeing 737s narrowbodies, respectively.

“With Indian airlines expanding international operations, the A330neo is the next natural step for growth,” Joost van der Heijden, Airbus’ head of marketing for Asia and North America, said on the sidelines of the Aero India airshow in Bengaluru.

“We are talking to all of them continuously and given the market evolution in India, there will be a concrete need soon,” he said at the airshow, where the A330neo widebody, a more fuel-efficient version of Airbus’ popular A330, is on display.

Heijden said the A330neo is a natural fit for budget players because of the high commonality with the A320 family of planes that helps reduce pilot training times and makes maintenance easier and more cost effective. In addition to IndiGo, low-cost carriers GoAir and AirAsia India operate A320s.

While the Indian market is turning around with airfares now rising, IndiGo CEO Ronojoy Dutta last month told analysts that narrowbodies like the A321neo capable of flying up to six hours gave the airline the best cost structure.

“It is no wonder IndiGo is taking a cautious stance in this segment; we feel it is likely to delay launch of low-cost long-haul services for the time being,” the analysts said.

SpiceJet has said it plans to expand at home and abroad, but it has not indicated if a widebody order was possible.

Operating a narrowbody like the 737 MAX is far less risky for a budget carrier than a widebody because fewer seats need to be filled, Boeing Commercial Airplanes Senior Vice President, Asia Pacific and India Sales, Dinesh Keskar, said.

“With narrowbody planes the fares can be low because the cost is lower - the acquiring cost, the operational cost.”